CHIREDZI– A 22-year-old man detained at Chiredzi Police Station had one more charge added to him after he pleaded with the Police to allow him to go back home and feed his snake.

Police however, did not release Tichaona Tinevimbo Shumba but told him to ask a friend to bring the snake to the Police station. The friend brought the one-and-half metre long cobra inside a plastic bag and handed it over to the accused who then fed it and gave it water while the Policemen watched. 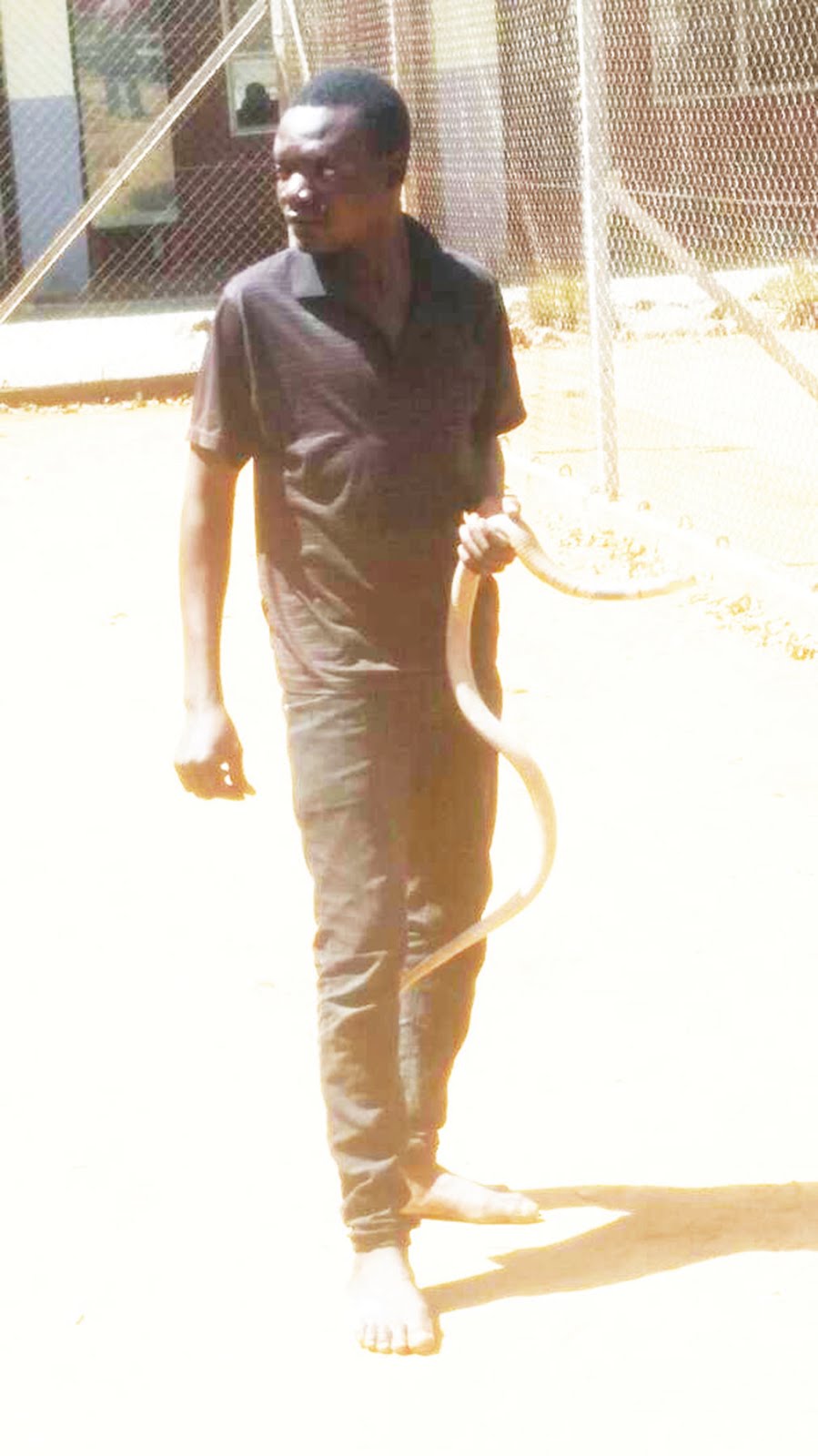 Police immediately added another charge to the accused who had been arrested for absconding court after an unlawful entry. They charged him with contravening Immigration, Parks and Wildlife Act.

He appeared before Magistrate Tafadzwa Mhlanga and there was pandemonium in the court when the Magistrate asked him to produce the snake. Female court officials scurried for cover when the cobra was removed from its bag.

Magistrate Mhlanga remanded Shumba to tomorrow (September 8 2017) and instructed the State to engage Parks and Wildlife Management Authority officials to certify if the snake is really a cobra before the case can proceed.

Shumba told The Mirror earlier that he was in the habit of capturing all kinds of snakes and keeping them at home as pests. He said he had picked the particular snake which he brought to the courts at the Chiredzi dumpsite.

He said snake poisons did not affect him anymore as he was bitten many times before.

It is the State case that Shumba was arrested by Police after absconding court. He was detained and after a day, he asked for permission to go and feed his snake. The snake was however, brought by a friend.

“At the moment I have this cobra only but I used to have many. They listen to me and you will never see it running away if we become friends. I have been staying with this one which is almost one and half metres long for many days. I once caught a black mamba and stayed with it for months,” said Shumba. – Masvingo Mirror