PRETORIA – President Jacob Zuma on Tuesday said South Africa and Zimbabwe must implement their 2009 agreement aimed at cutting the massive delays characteristic with the Beitbridge border post by having a one-stop border post at the busy international gateway.

“I wish to underscore the strategic significance of a one-stop border post at the Beitbridge border. This border post is the busiest border post on the continent. Much of our goods and services go through it. We cannot afford to continue to have unnecessary delays at that border,” Zuma said while addressing the second session of the neighbouring countries’ Bi-National Commission (BNC) in Pretoria.

“It is therefore important and urgent that we start in earnest the process of establishing a one-stop border post. Our two countries took a decision to do so as far back as 2009. In this regard, we direct the relevant ministers and officials to move with speed and report progress at the next BNC [to be hosted in Harare next year].”

After a closed door meeting between the delegations of the two countries, a joint communique read out by South Africa’s International Relations and Cooperation Minister Maite Nkoana-Mashabane at the conclusion of the BNC said resolved to speed up the development of legal framework for the one-stop border post.

“Having noted the developments on the one-stop border post (OSBP) at Beitbridge, they [the two heads of state] welcomed the establishment of a joint technical committee whose mandate, among other things, will be to develop the necessary legal framework for the project. The two heads of state reaffirmed the strategic importance of the OSBP and directed the relevant ministers to fast-track its operationalisation,” she said.

On Monday, of Zimbabwe’s Foreign Affairs Minister Simbarashe Mumbengegwi, also said the two governments should wrap up issues which have long been on their agenda, particularly the establishment of a one-stop Beitbridge border post.

“Our two countries stand to benefit immensely from the smooth movement of people and goods through the Beitbridge-Musina border post. A one-stop at the busiest border post in the African continent will bring harmonised processes, improved infrastructure and smiles to many of our compatriots and others who regularly traverse through this border. It will produce impacts that will extend beyond our two countries and region,” said Mumbengegwi.

“The establishment of the one-stop border post at Beitbridge-Musina is an urgent issue that needs our dedicated attention.”

The two countries do not only share strong historical relations but also economic cooperation.

Zimbabwe is one of South Africa’s top five trading partners on the continent, with trade statistics showing annual growth.

In 2016, South Africa’s exports to Zimbabwe amounted to approximately R29.3-billion.

There are over 120 South African companies doing business in Zimbabwe in various sectors including mining, aviation, tourism, banking sector, the property sector, the retail sector, construction sector, and the fast food sector and many more. 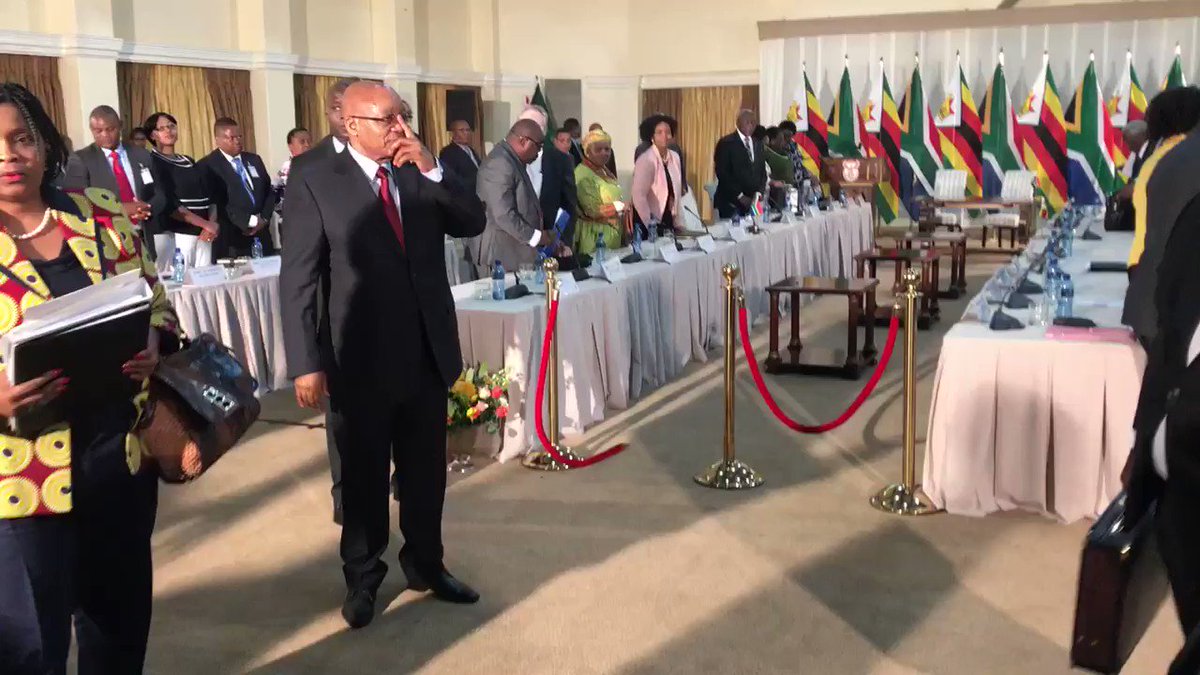 #SAZim Binational commission 2nd session has been concluded in Pretoria.