Cardi B has alleged she was sexually assaulted during a magazine shoot, when the photographer “pulled his d**k out”.

The “I Like It” rapper has claimed she was on set for a photoshoot for a magazine when the photographer “pulled his d**k out”, allegedly telling her she would need to touch him in order to “get in this magazine”.

Speaking in a preview clip ahead of an upcoming episode of WE tv’s “Untold Stories of Hip Hop” – which is set to air on Thursday – she claimed: “I will never forget how I went to shoot for this magazine and the photographer, he was trying to get close to me like, ‘Yeah, you want to get in this magazine?’ Then he pulled his d**k out. I was so f***ing mad, and I was just like, ‘This is crazy.’ ”

Cardi B opens up to @angiemartinez on Untold Stories of Hip Hop about an event that happened with a man at a past photo shoot. 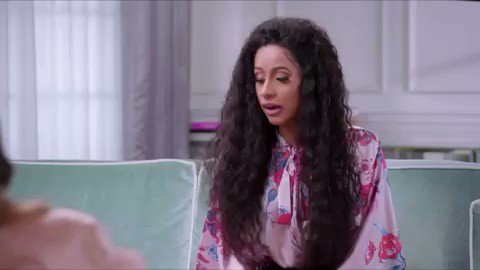 Cardi – who is married to Migos rapper Offset, with whom she has 14-month-old daughter Kulture Kiari – also alleged the owner of the magazine didn’t seem to care about the misconduct, and claims experiences like hers happen to women “every day”.

She said: “I was like, ‘[You’re] f***ing bugging. You know what? I’m out.’ You know what’s so crazy? I told the magazine owner and he just looked at me like, ‘So? And?’ When I see the Me Too movement – there’s girls from the hood I know that went through the same type of treatment, like they make you feel like you got to do a certain type of thing for the most bulls**t s**t. It happens, really, every day.”

And when asked if she’s still subjected to the same type of behaviour, Cardi added: “Oh, hell no. I’ll put you on blast on my Instagram … I’ll f***ing violate.”

Cardi previously spoke about her alleged experience in an 2018 interview.

The “Bodak Yellow” hitmaker said at the time: “When I was trying to be a [music video] vixen, people were like, ‘You want to be on the cover of this magazine?’ Then they pull their d***s out. I bet if one of these women stands up and talks about it, people are going to say, ‘So what? You’re a ho. It don’t matter.’ ”