Ben Affleck “wasn’t able to sustain a sober lifestyle” despite giving it “his all”, as sources say his addictions “got the best of him”.

The 46-year-old actor was recently admitted into rehab for alcohol addiction for the third time – after spending time in a treatment facility in 2001 and December 2017 – and it has now been claimed that whilst he worked hard on maintaining his sobriety, his “addiction got the best of him”.

A source said: “Ben gave it his all, but sadly he wasn’t able to sustain a sober lifestyle. We were all rooting for him, but his addiction got the best of him again. He went from taking the steps he needed in life to heading back to his old ways and, for those of us that love him, it was devastating to see him lose the battle.”

The ‘Justice League’ star agreed to enter rehab following an intervention by estranged wife Jennifer Garner – with whom he has Violet, 12, Seraphina, nine, and six-year-old Samuel – and was accepting of the accusations against him and was aware he needed help. 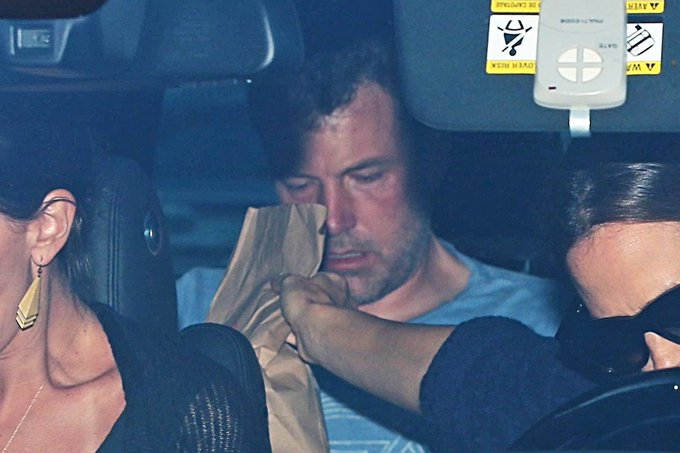 Sources claim Ben “knows” his addictions were a deciding factor in his split from the actress in 2015, and whilst he has previously worked on his demons “for the sake of everyone else”, he’s now determined to “do it for himself”.

The insider added to ‘Entertainment Tonight’: “Deep down he knows he can’t live the life he used to. He knows that life was the downfall of his marriage. Jen set boundaries, she did everything to help him. She stuck by him and gave him ultimatums but he’d eventually fall off the wagon. He would go back to partying and gambling and she would try again. This has been going on for years.

“Ben’s real problem is that he repeatedly gets it together for the sake of everyone else and now it’s time for Ben to do it for himself. Ben has so much love and support and he is so strong. We have faith he can turn things around and live a healthy life.”

Ben’s latest stint in rehab comes just days after he split from his girlfriend Lindsay Shookus, and was spotted on what appeared to be a date night with 22-year-old Playboy model Shauna Sexton.