Johannesburg – Zimbabwe teachers protesting their low wages are threatening to go on strike when schools reopen next month as the country’s deteriorating economy simultaneously faces yet another hike in fuel prices.

The Progressive Teachers’ Union Secretary-General, Raymond Majongwe, issued the warning on Twitter saying it would be difficult to open schools when the third term begins because teachers had been reduced to beggars with the rapid increase in the prices of basic goods, Pindula News reported on Monday. 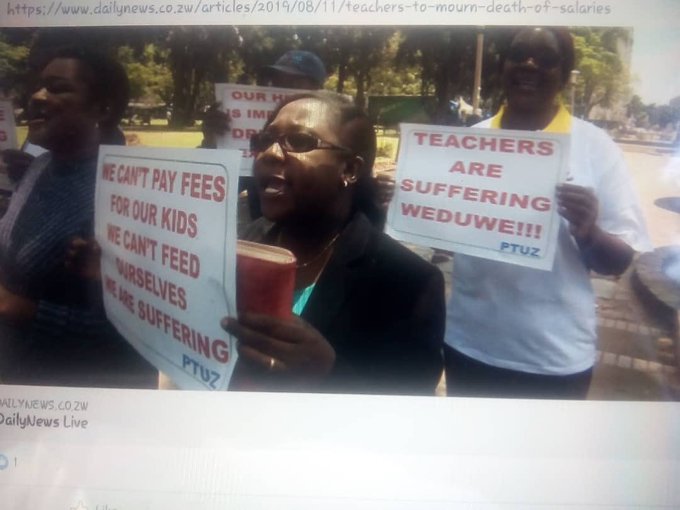 The strike warning followed the government last month providing the civil servants with a cushioning allowance which was dismissed by the teachers as nothing when compared to the rate at which prices were increasing.

In other bad news for Zimbabwe’s ailing economy the price of fuel has gone up yet again after the Zimbabwe Energy Regulation Authority (Zera) on Sunday evening announced the new prices.

Petrol will now cost $9.09 per litre while diesel is now $9.27 per litre. The last price increase was made on August 3, just over a week ago.

The dramatic spike in fuel prices follows the finance and economic development minister stating several weeks ago that he wanted fuel prices to increase by $1.