A day after ex-strongman and founding leader Robert Mugabe died, the only clear sign that Zimbabwe was in mourning were flags flying at half mast.

The streets and shops were packed, weddings and parties went ahead as planned. Most people were going about their usual business, trying to eke out living.

For while Mugabe is hailed for having led Zimbabwe to independence, for many Zimbabweans he is also the man who wrecked their economy, leaving them to live with the consequences.

Commuter mini bus driver More Kondo, 30, was busy decanting petrol from a large jerrycan into a smaller container to share with a fellow driver.

“If it were another leader, right now this country should have shut down to mourn,” he said. “But he was an autocrat. 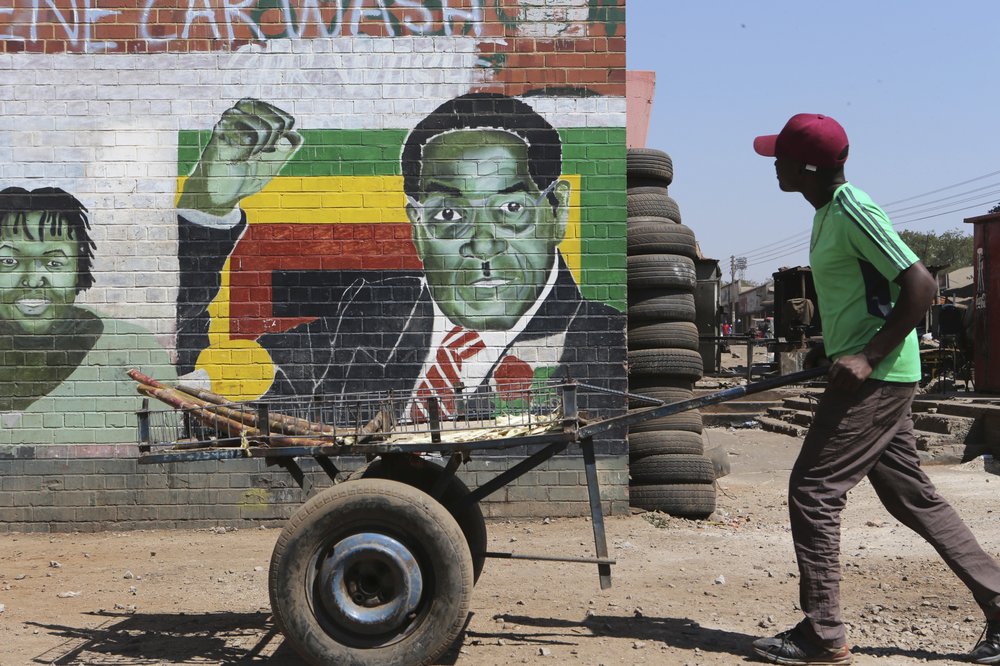 “Had he left power early and the country in a better shape, we would be celebrating his life and would have seriously shut down the country in honour of him.”

Mugabe died on Friday aged 95 at a Singapore hospital.

Lauded by some as liberator and for his uncompromising stance against the West, Mugabe led a controversial land-grab programme nearly two decades ago — seizing commercial farmland from whites. 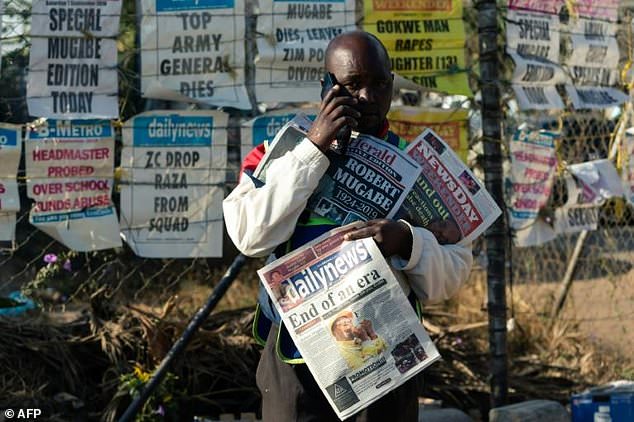 Man people in Harare were out working as normal Saturday, a day after the death of their former president

This policy is widely blamed for having contributed to the collapse of the once-thriving economy.

Zimbabweans struggle daily to access basic services, while inflation hovers in triple digits. Many people on Saturday said they had more pressing needs to attend to than mourning.

“We not going to the funeral,” said Kondo shaking out remaining drops of petrol in the container that previously had engine oil. “We will be busy trying to make money, we are hungry.”

Fuel in Zimbabwe is in short supply and its price has been increased more than six times since the start of the year — as have prices for several other goods.

Another man, a 35-year-old engineering graduate who would only give his first name, Tonde, was equally unimpressed.

“I have a degree, I’m unemployed and hungry and you expect me to waste my time to go to his funeral? What, after 37 wasted years?

“He stole money and today he is gone,” he said.

– ‘He destroyed this country’ –

People drew comparisons between Mugabe’s death and that of South Africa’s first black president and anti-apartheid icon Nelson Mandela, who died in 2013.

“When Mandela died, people went onto the streets, but look at him (Mugabe) — nothing.

“It doesn’t even look like there’s a death (of a former leader),” said 25-year-old auto-spares store keeper Munya Nhamo. 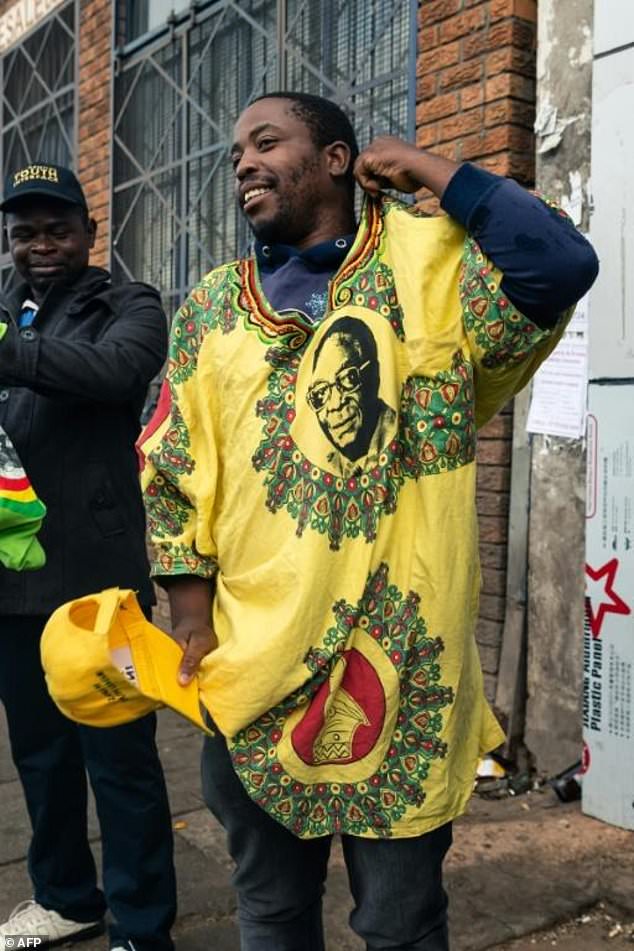 Some Zimbabweans paid tribute to Mugabe

Mugabe, he said, had stolen the 2008 election from opposition leader Morgan Tsvangirai. “If he had accepted defeat, the country would not be in such a bad shape”.

Ozias Mupeti, 55, stood over his small stall selling fresh ginger and a few packets of paprika and curry.

“He destroyed this country. Now he´s gone and we have nothing left … because of him,” he said angrily. “It’s painful.”

A few metres down the road, ice cream vendor and mother-of-three Tendai Marange, 42, expressed mixed feelings as she waited for customers.

“We are not respecting him (Mugabe) by continuing to work, but when the body arrives we will stop,” she said. “For now we have to work because life is tough these days.

“When Mugabe was there things were better…. if he wanted prices to drop, they would”.

State television carried extensive coverage of the death between the normal weekend programming, such as sports.

Patson Muparadzi was preparing to go to Mugabe’s village for the wake.

Sporting a white Zanu-PF t-shirt emblazoned with Mugabe’s portrait, he said: “We are maybe here at work, but we are grieving.

“We are working so we can raise money for fuel to go to Zvimba (Mugabe´s rural home),” said added.

“Darkness has engulfed our country. Zimbabwe will never be the same without Mugabe,” he said.