Ideal Zimbabwe leader Tinashe Jonas has been assaulted in South Africa and handed over to the South Africa Police Services.

A video that has gone viral shows Jonas being assaulted by two men and while he is handcuffed.

Journalist Pardon Gambakwe who used to give Jonas publicity said he went the police station where he met him and managed to talk to him.

Jonas is said to have been duping people who want to join his military program which he announced recently. He would open whatsapp groups and people will donate money and he will later close the group. 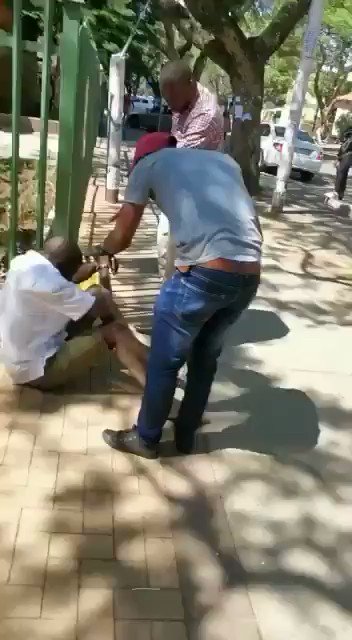 The controversial politician is known for his combative statements and attitude towards ZANU PF.

He once tried to arrest President Emmerson Mnangagwa and Vice President Constantino Chiwenga and Kembo Mohadi.