At least 300 people were killed and roughly 300 more injured in Mogadishu, Somalia’s capital, by two devastating car bombs. The Somali government has blamed the incident—which represents the deadliest terrorist attack in the country’s history—on Al-Shabab, an Al-Qaeda affiliate.

Trump is often among the first to publicly react to terrorist attacks in the Western world, in many cases without first having the full details (his recent speculatory tweets about an attack in London angered British leaders). Indeed, Trump seemingly goes out of his way to comment on such attacks. But after hundreds were killed by an attack that featured dual car bombings in the Horn of Africa, one could hear proverbial crickets chirping at the White House.

Keep Up With This Story And More By Subscribing Now

Perhaps this is simply because Trump is aware the Mogadishu attack will likely not matter to his electoral base, which is seemingly more likely to be enraged by black NFL players protesting systemic racism than an Al-Qaeda-linked terrorist group murdering hundreds in a predominantly Muslim country. Or perhaps there is another reason. Newsweek reached out to the White House to give Trump an opportunity to respond, but didn’t hear back by the time of publication.

Has Trump tweeted on the terror attack in #Somalia . I mean one gets it, the victims were black and muslim. But still ?

The State Department did release a statement that offered America’s condolences to the victims, and said the U.S. “will continue to stand with the Somali government.” But America’s apparent ambivalent stance toward Somalia, which is one of the countries on Trump’s travel-ban list, makes it difficult to see these words as anything but a formulaic response.

U.S. says it “will continue to stand with the Somali government.”

Tragedy in Mogadishu highlights that Somalis, who Trump has banned from traveling to the USA, are on frontlines of fight against terror

Meanwhile, the U.S. military remains quite active in Somalia, conducting drone strikes against Al-Shabab and advising the Somali military. A U.S. Navy SEAL was killed in Somalia in May while on a mission advising Somali National Army forces.

Saturday’s attack, which occurred just two days after the head of the United States Africa Command was in Mogadishu to visit Somali President Mohamed Abdullahi Mohamed, could potentially spark the U.S. to increase its military presence in the country. 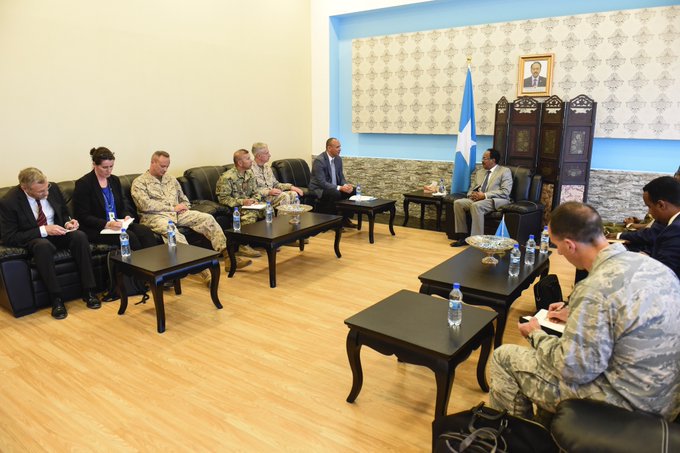 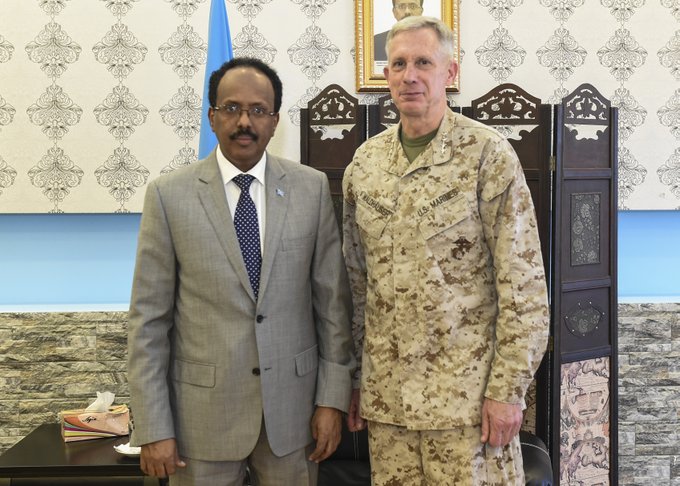 Should the president comment on a terror attack reportedly conducted by a group that U.S. troops are currently risking their lives to help combat? It could be argued that he should. But the man currently inhabiting the White House apparently doesn’t agree. Instead, Trump used his weekend tweeting time to attack the press and Democrats, and to brag about the supposed progress the U.S. economy has made since he entered the White House. – NewsWeek