Ruling ZANU PF party has used its Twitter information portal @zanupf_patriots to call for the deployment of the Zimbabwe Defense Forces to Mozambique where Islamic insurgents are wreaking havoc.

When questioned whom they will be helping in Mozambique, the party said, “We are not helping anyone, we are doing it for Zimbabwe. After Mozambique, which country is next?”

Information Permanent Secretary Nick Mangwana, recently told media that, “Zimbabwe has not deployed any troops to Mozambique, at all. There is no troop deployment, there is no plan.”

WE SHOULD DEPLOY OUR ARMY IN MOZAMBIQUE  TODAY

Isis has to be defeated as matter of urgency. 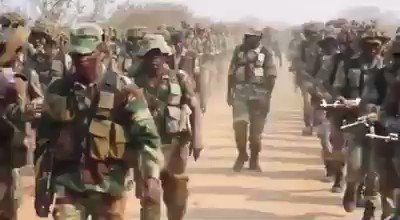 However, Mangwana did not completely rule out the prospect of a future deployment. “If at all at some point something will need to happen we will always fall under SADC (Southern African Development Community) and anything that would happen will happen under the auspices of SADC.

Dyke is one of the former enforcers of the Gukurahundi genocide that killed more than 20 000 citizens of Matabeleland and Midlands.