Evan Davis asked Ms Godwin if she believed the presidential election was a fair reflection of how people would have voted.

Angry at the conduct of the poll, Ms Godwin replied to vehemently denounce the outcome.

Speaking about whether the result was fair, she said: “Not in any way, shape or form.

“I think if the EU or anyone else signs it off they are culpable – they are as culpable as the people that killed people yesterday.”

Asked what evidence she had for her claims, Ms Godwin added: “There is a huge amount of evidence for that – all sorts of things that have happened.”

She claimed there had not been a level playing field in terms of access to Zimbabwean government media and other key sources of electorate access – such as through schools.

But Ms Godwin argued it went much deeper, citing the tribal elders’ votes and the fact they needed assistance in polling stations as another fundamental way Mr Mnangagwa was able to exploit the electorate and influence the election’s outcome.

She said: “You don’t rig an election the week before, or indeed even the month before, you go back a long way – people have been psychologically damaged for years and years and years.”

Ms Godwin, who was born and raised in Zimbabwe, referred to the election of 2008 stating there was a “horrible period” between votes cast and a result.

When challenged on her contention that the election was unfair, Ms Godwin said: “My concern is that for Zimbabwe, and indeed many other places in Africa, it seems to be OK for the vote to be just good enough.

“Why should that be? Why should the bar be lower for Africa? It is deeply insulting for Zimbabweans; it is deeply patronising to us; we should be held to the same standards as the rest of the world.

Following the violence, the streets of Harare have been all but deserted as troops patrolled the city centre ordering people to “behave”.

Mr Mnangagwa, who won 50.8 percent of votes to 44.3 percent for opposition leader Nelson Chamisa, said he was “humbled” on Twitter and called the result “a new beginning”.

But Mr Chamisa, leader of the Movement for Democratic Change (MDC) Alliance opposition party, will contest the outcome of the election saying he won’t accept its result. 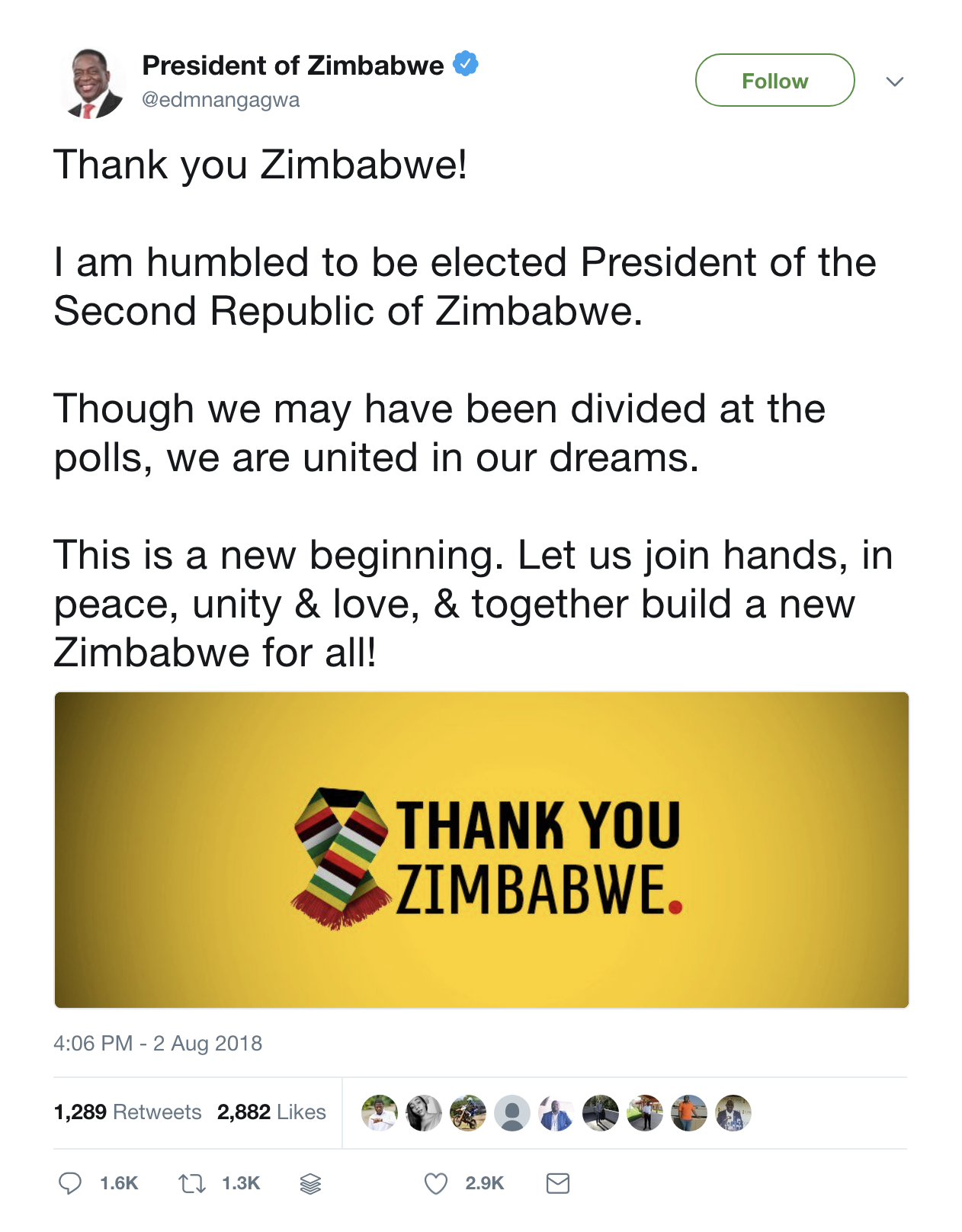 He said: “If they find that their vote has been ignored, they did not vote for ED Mnangagwa and they will not accept him being imposed as the president.

“We do not control the people, they will do what they think is right.”

Mr Chamisa insists he won the presidential poll, telling reports earlier on Thursday the ruling Zanu-PF party was attempting to “bastardise the result.”

The MDC leader has branded the election as “fraudulent” and says neither he nor the people will accept it.

The Zimbabwe Electoral Commission, however, said there was “absolutely no skulduggery.”