HARARE – Former president Robert Mugabe aired his views on Sunday, on the eve of Zimbabwe’s elections to be held on Monday, saying he would not be voting for current Zimbabwean President Emmerson Mnangagwa. 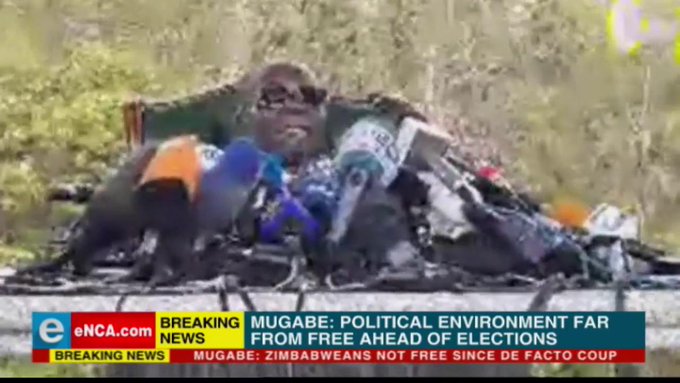 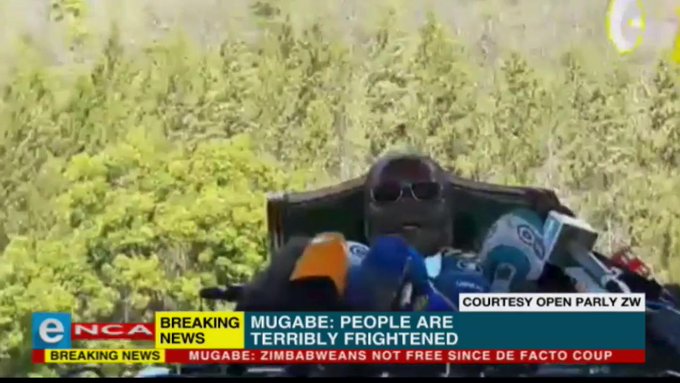 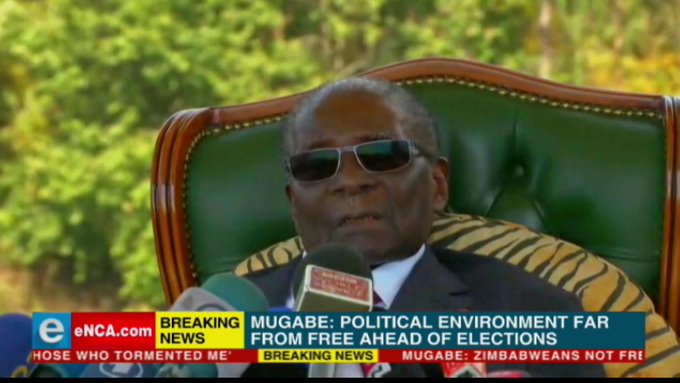 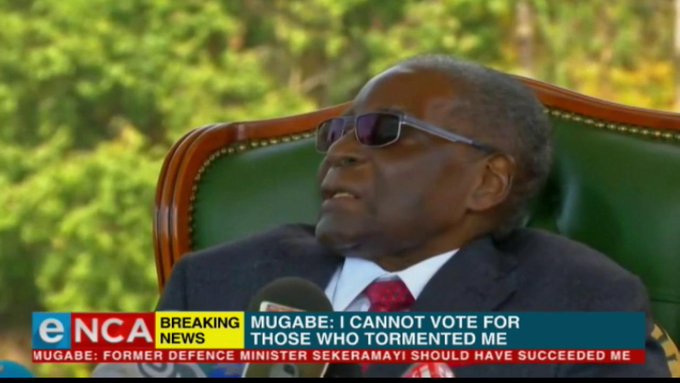 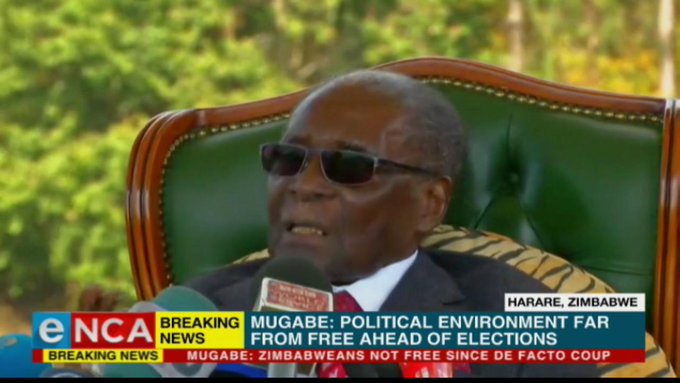 Mugabe explains how he wont vote for Zanu PF or two women candidates “what else is there, it is just Chamisa” @eNCA #ZimElections2018 #ZimDecides2018

Mugabe states categorically he cannot vote for those that tormented him and he can make my case for the other 22 candidates. So it’s clear he won’t vote for ED.

Mugabe states categorically he cannot vote for those that tormented him and he can make my case for the other 22 candidates. So it’s clear he won’t vote for ED.

Mugabe: at present the people are terribly frightened. They send us messages daily ‘we can’t come to see you’. How can we have a country like this. @eNCA #ZimElections2018 #ZimDecides2018

Mugabe says if the MDC’s Nelson Chamisa wins he wishes him well. He described tomorrow as the greatest event and hopefully the military will be removed from the government and bring us back to constitutionality.

Mugabe: after I resigned I had to go to the pension office to ask ‘what am I entitled to’.

Monday’s vote is the first since he was forced to step down in November after a de facto coup, after 37 years in power, with allegations mounting of voter fraud and predictions of a disputed result.

Mnangagwa and Chamisa both held their final election rallies on Saturday, expressing vows to rebuild the economy which suffered under the rule of Mugabe.

Mnangagwa is considered to be the favourite although the latest opinion poll said the race was too close to call.

Zimbabwe’s military generals shocked the world last year when they seized control and ushered Mnangagwa to power after Mugabe, 94, tried to position his wife Grace, 53, to be his successor.

In his only previous press interviews since his fall, Mugabe admitted in March that “some errors were done” under his authoritarian rule, and said he thought his country was now “topsy-turvy”.

“I never thought (Mnangagwa) would be the man who turned against me,” he added.

Mugabe: It was not the army that ensured I remain in power. We had elections every 5 years. I was defeated at one time. Tsvangirai did not have enough votes to win. We had a gov of national unity. @eNCA #ZimElections2018 #ZimDecides2018