Exiled former cabinet minister Professor Jonathan Moyo has alleged that the Zimbabwe Defence Forces (ZDF) have deployed over 2000 soldiers who have been embedded in various communities across the country ahead of the 2018 elections. Moyo claimed that the ZDF was preparing for a repeat of the 2008 Election atrocities. Moyo also claimed that some of the perpetrators of the 2008 atrocities will be leading the 2018 blitz.

This comes after Zanu-PF Political Commissar, Lieutenant General (Retired) Engelbert Rugeje is reported to have warned voters to be mindful of the violence which took place in 2008, after Zanu-PF had lost the elections to MDC-T. Rugeje warned that people should always remember the spectre of 2008 as they prepare to vote in the 2018 elections.  Moyo has been very vocal and outspoken against the administration of President Emmerson Mnangagwa ever since former president Robert Mugabe was ousted from power in November last year.  Moyo was forced to flee the country after Mugabe’s fall as he had been rabidly opposed to President Emmerson Mnangagwa succeeding Mugabe.

Writing on Twitter, Moyo released what is purportedly a list of the some of the soldiers who he alleges committed the atrocities in 2008. However, it must be noted that one of the names on the supposed list Major General Trust Mugova is written as Major General Last Mugova.

Junta silence on General Rugeje’s threat that Army will in 2018 repeat its 2008 poll atrocities shows the threat is real. Buoyed by Coup, ZDF has embedded over 2K poll soldiers in all Zim communities. Some Army officers who led 2008 poll blitz are leading 2018 blitz! 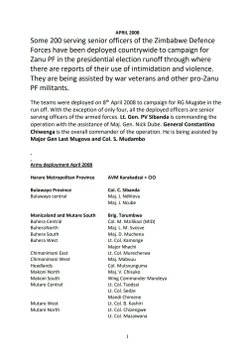 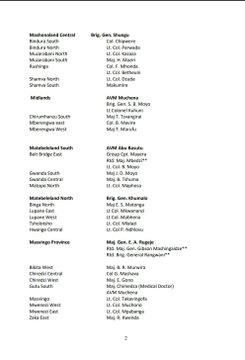 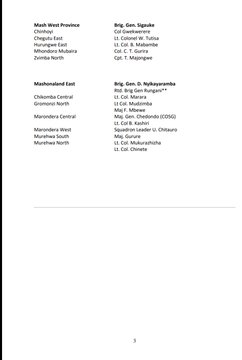 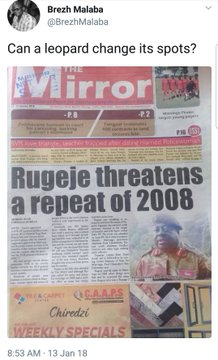 #Junta silence on General Rugeje’s threat that #Army will in 2018 #repeat its 2008 poll #atrocities shows the threat is real. Buoyed by #Coup, #ZDF has embedded over #2K poll soldiers in all Zim communities. Some #Army officers