President Emmerson Mnangagwa has sent a condolence message to the Ndiweni family following the passing on of Indlovukazi Agnes Masuku Ndiweni the widow of the late chief Khayisa Ndiweni.

We present the president’s message in full below.

It was with deep grief and sadness that I learnt of the death this morning of the late Chief Khayisa Ndiweni’s widow, Indlovukazi Agnes Masuku Ndiweni, following a short illness. With the passing on of Indlovukazi Agnes Masuku, the Ndiweni family in particular, and the people of Ntabazinduna in general, have been deprived of a Matriarch whose wisdom, fountain of knowledge and strong love her clan had grown to take for granted. She thus leaves behind a deep void which will be difficult to fill.

On behalf of the Government and people of Zimbabwe, the ruling party ZANU PF, my family and indeed on my own behalf, I wish to convey deepest condolences to her children and the entire Ndiweni family on the loss. May they be comforted to know that the Nation stands with them during this dark hour of bereavement.

May her dear departed soul rest in eternal peace. 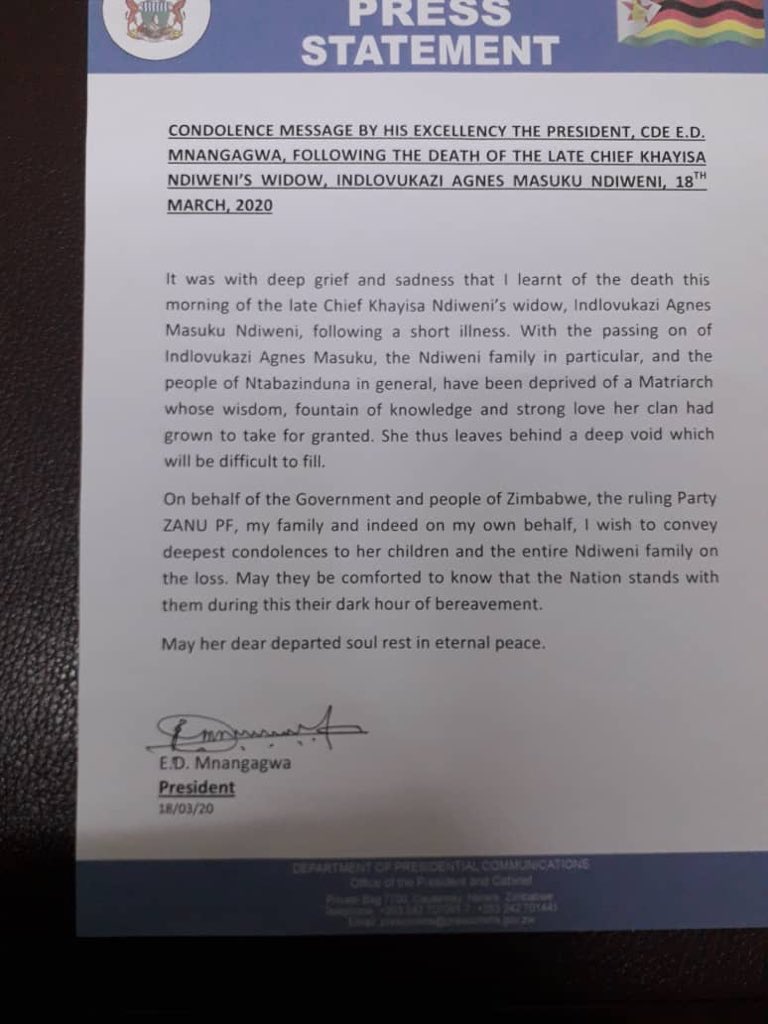