This comes after President Mugabe confronted him at Harare airport yesterday and asked for answers over allegations that he was poisoned.

Private media journalists were barred from attending the meeting ..

Below is Mnangagwa’s blast mainly targeted against VP Mphoko. 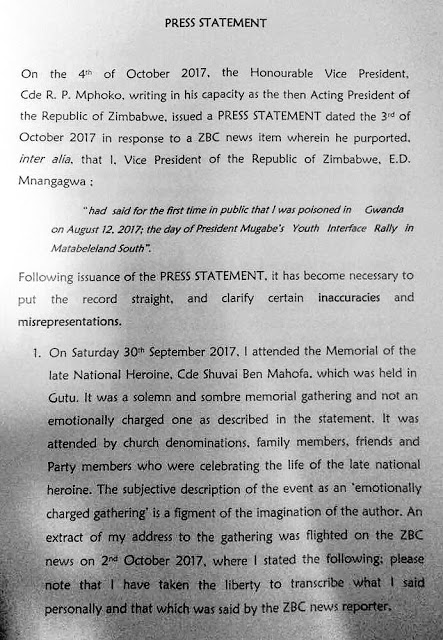 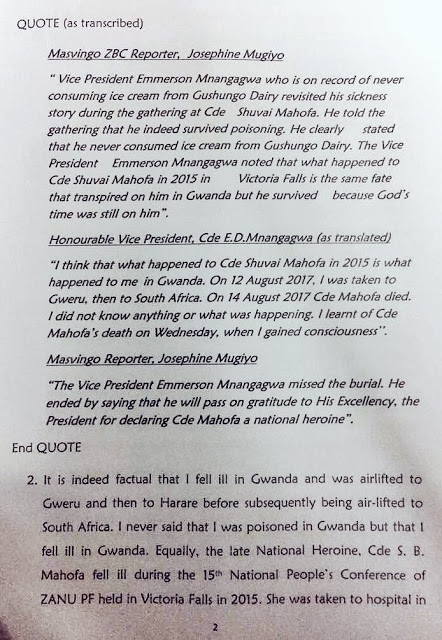 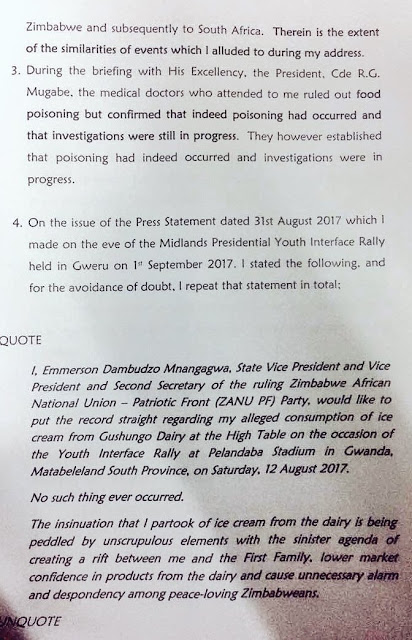 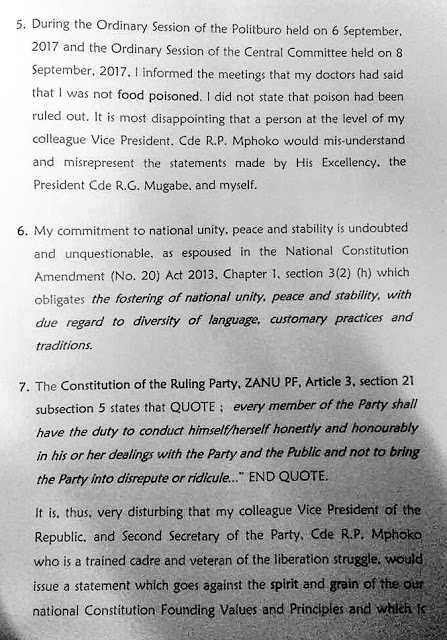 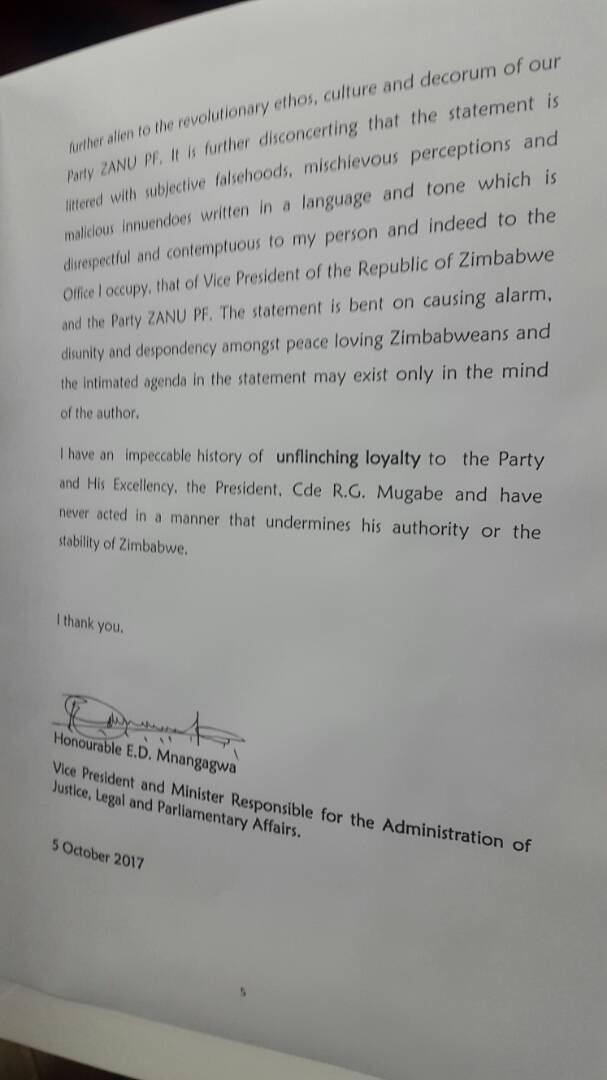