Masotcha is heard speaking in a leaked audio saying she told Jameson Timba that if they (Muchehiwa family) continued to put her in a corner then she was going to reveal all the plans so that the world could know the truth.

“Ndakamutaurira Timba kuti vakaramba vachindiisa mukona ndinotaura zvese kuti vaida kuita bomb government buildings uye kuti ane vanhu 20 vaida kumubetsera,” (I told Timba that if they continue pushing me into the corner I will reveal everything and their plans to bomb government buildings. Tawanda told me he had 20 other people who were to help him do that).

This comes a couple of days after the MDC Alliance leadership led by Timba exonerated Masotcha from wrong doing after she was implicated in the abduction of Muchehiwa.

Critics questioned the MDC Alliance’s move to exonerate Masotcha when she was present when Muchehiwa was abducted.

Is this y MDC let her go?

However, the MDC Alliance leadership agreed that Masotcha was not involved in the abduction despite overwhelming evidence of her physical presence at the scene of the abduction.

Observers also said the involvement of Masotcha in the abduction speaks of infiltration into the opposition leadership by Zanu PF sympathisers. 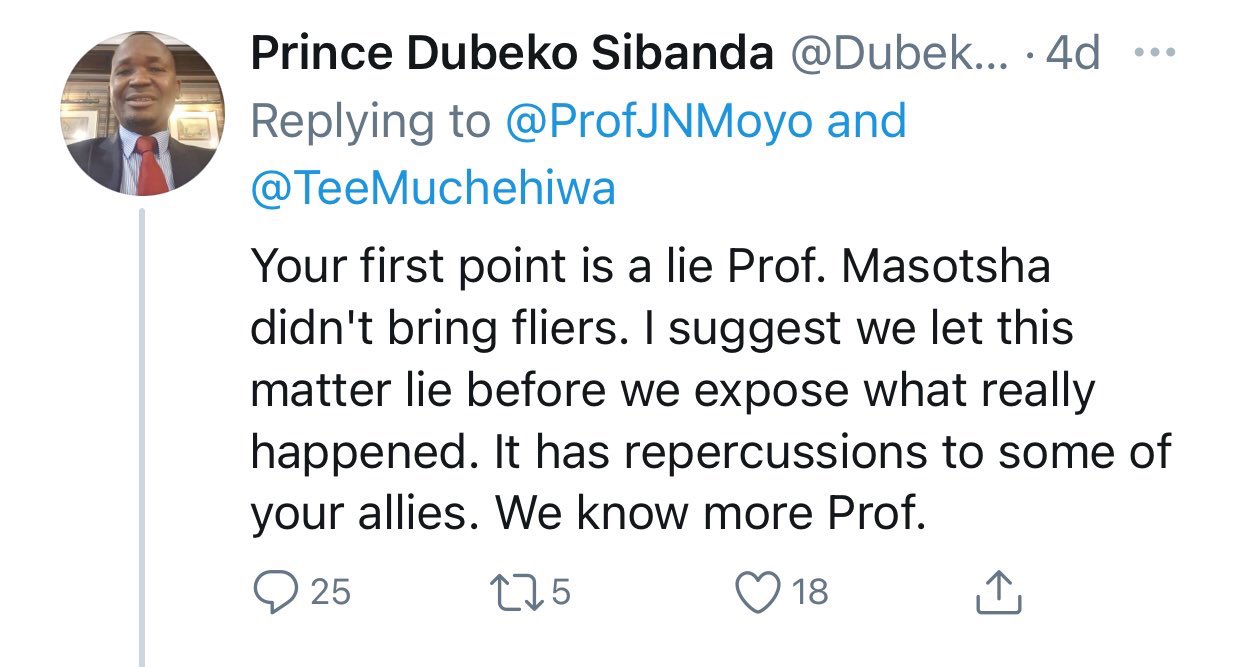 “It is clear the party has been infiltrated and the leadership cannot just see that,” said one analyst.

“We were all shocked to hear that Masotcha has been exonerated and reinstated as the Bulawayo chairlady.”

In August Muchehiwa went missing after being allegedly abducted by suspected State security agents in Bulawayo city centre on a Thursday and was found dumped near his home in Mahatshula suburb on a Saturday.