Professor Jonathan Moyo  says no one will stop him from publicizing the evidence of the people killed by the Zimbabwe military during the November 2017 coup, August 1 killings and the crackdown of protestors on January 2019.

Moyo was responding to a Twitter user who cautioned him against posting pictures of picture who were brutalized by the state.

Said Moyo, “Perish the thought. In this day and age, ZDF must not massacre, torture and  rape citizens and residents and expect the gruesome evidence to be hidden, as happened during  Gukurahundi.”

Moyo had earlier on taken a swipe at the ZDF for the crimes against citizens.

#ZDF can’t be the VANGUARD OF THE SAME NATION whose citizens & residents it massacres, tortures & rapes in the streets & homes with IMPUNITY as seen on 1 Aug 2018 & 14 to 28 Jan 2019. It cannot be!https://www.herald.co.zw/editorial-comment-zdf-vanguard-of-the-nation/ … 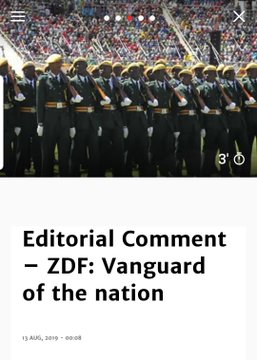 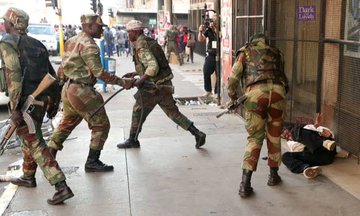 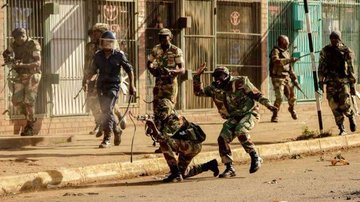 “ZDF can’t be the VANGUARD OF THE SAME NATION whose citizens and residents it massacres, tortures and rapes in the streets & homes with IMPUNITY as seen on 1 Aug 2018 and 14 to 28 Jan 2019. It cannot be!”

Meanwhile President Emmerson Mnangagwa has announce that he will be introducing a special salary for the soldiers.