HARARE, Zimbabwe (AP) — Dressed as Father Christmas, a man dozes off while sitting in a supermarket in Zimbabwe’s capital, Harare. No one seems to care.

The holiday mood is not catching on in a country where a currency crisis has forced people to risk jail time to buy basics such as medicine and food. Many Zimbabweans navigate from one currency to another, often tapping the black market, while the government issues salaries in forms of payment it later refuses to accept.

The frustration has sparked a new round of anti-government sentiment in a country that once saw July’s presidential election, the first without longtime leader Robert Mugabe, as a chance to start over. New President Emmerson Mnangagwa declared the country “open for business.” But citizens are now asking: How?

This is Zimbabwe’s most severe economic meltdown since a decade ago, when the local currency was abandoned due to hyperinflation that reached more than 1 billion percent. Since then, daily transactions have been dominated by the U.S. dollar. 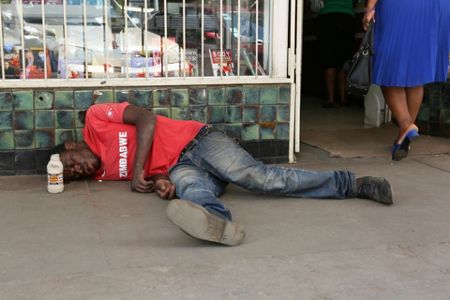 But a dollar shortage has pushed most people to use a government-issued surrogate currency called bond notes, as well as mobile money, which are funds electronically deposited into bank accounts. Both are devaluing quickly against the dollar on the black market.

A major problem comes when Zimbabweans try to spend their money. Retailers, who source most of their foreign currency on the black market, require customers to pay in dollars. Others post separate prices for dollars and mobile money.

Even the government is not accepting bond notes and mobile money for some transactions such as taxes on imported cars, though most Zimbabweans are paid in electronic form. As people turn to the black market, the government last month introduced regulations prescribing up to 10 years in jail for illegal foreign currency trade. 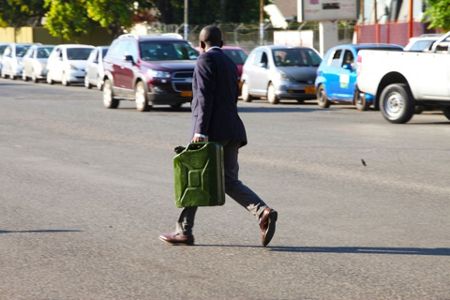 Many Zimbabweans, like Takudzwa Ndlovu, an office worker in Harare, are confused.

“How can the government refuse to accept the money that it uses to pay its own people. And then arrest us for looking for the only currency that actually works?” he said.

Changing one’s salary into foreign currency can be a nightmare. 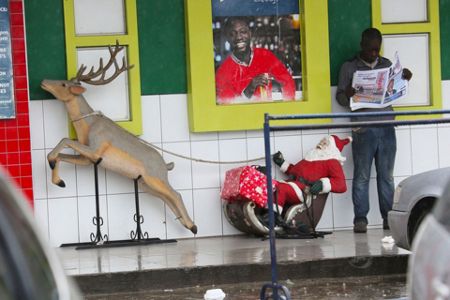 Ndlovu gets $450 every month in mobile money. His bank, like every other bank in the country, no longer issues foreign currency for electronic bank balances, even though the government insists that mobile money and bond notes are on par with the dollar.

“The black market is my only option. We are innocent people just trying to survive, but the government has turned us into criminals,” Ndlovu told The Associated Press. 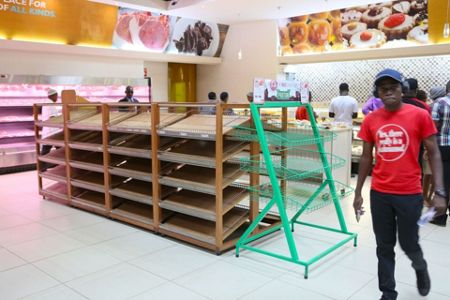 “Salaries are being eroded daily,” Taruvinga said, criticizing the new government, which has promised to turn the country into a middle-class economy by 2030. “We cannot talk of Christmas anymore.”

The currency crisis is causing unrest. In November, thousands of opposition supporters protested in Harare, while doctors at public hospitals are on strike over low pay and poor working conditions. They earn a basic salary of about $350 in mobile money, which translates to $100 in dollars using black market rates.

Zimbabwe’s teachers and nurses have threatened to join the strike if their salaries are not converted into dollars.

Demand for dollars is high. Police routinely carry out street raids to flush out illegal foreign currency dealers, who have turned to WhatsApp groups to connect with clients.

Many Zimbabweans fear a repeat of a decade ago, when pensions and savings were wiped out by hyperinflation. The signs are worrying. Inflation rose to 28.5 percent in October, the highest since 2009.

To encourage use of the bond note at its introduction in 2016, the government’s central bank put up billboards saying it was on par with the dollar. “No need for a separate account,” they read. 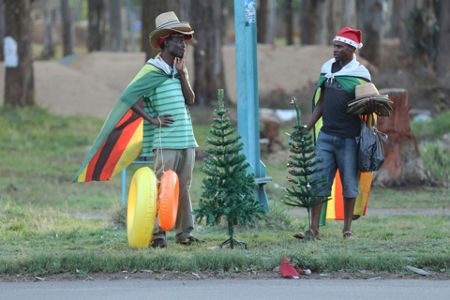 “There is a collapse of trust,” said Briggs Bomba, an economist and leader of Citizens Manifesto, an activist group.

Bomba described the government’s demand to be paid in foreign currency for some transactions as “myopic acknowledgement” of a parallel market exchange rate.

For Zimbabwe’s revenue generation and debt management, dollars are crucial. “But the issues that benefit citizens such as salaries, pensions and savings, the government doesn’t want to acknowledge that the official exchange rate is fictitious,” Bomba said.

The frustration is bubbling over.

Charlton Tsodzo, a development expert, commented on the crisis recently at a public discussion in Harare titled “Austerity for Poverty,” mocking the title of the 2019 government budget: “Austerity for Prosperity.”

“We are being asked to tighten our belts,” he said, “but do the politicians know we can’t even afford the belts anymore?”