“Zimbabwe cannot remain Zimbabwe, because it has been turned into Zimbabwe ruins,” Mr Chamisa told thousands of supporters at a rally in the eastern city of Mutare on Sunday. 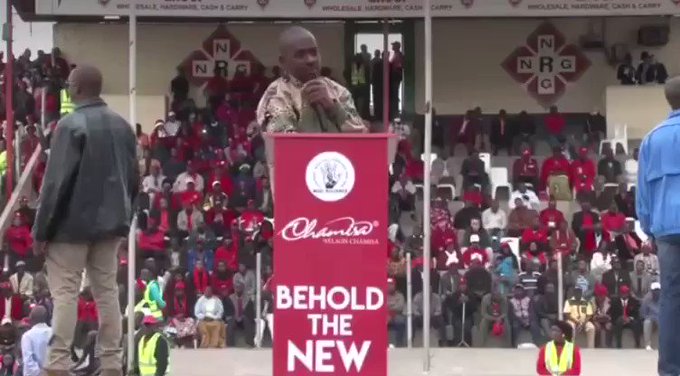 Chamisa speaking on his governance plan;
• Country to change name to Great Zimbabwe
• Harare will remain the Capital but the seat of Govt and Parliament to move to Gweru
• Mutare to be centre for timber, tourism, horticulture

The 40-year-old politician aims to be president in the 30 July election – the first after longtime leader Robert Mugabe left office.

He told supporters on Sunday: “We will be renaming it to Great Zimbabwe in line with the greatness which is coming.”

Mr Chamisa and President Emmerson Mnangagwa are considered the frontrunners in the presidential race.