Washington/Tokyo – US President Donald Trump on Friday blamed Iran for an attack on two oil tankers in the Gulf of Oman, adding that the United States does not “take it lightly.”

Trump’s comments in an interview with Fox News reinforced an accusation made by US Secretary of State Mike Pompeo on Thursday following the incident near the Strait of Hormuz and the release of a US Navy video purportedly showing an Iranian vessel removing an unexploded mine from one of the tankers.

“Iran did do it and you know they did it because you saw the boat,” he said, adding that the limpet mine had “Iran written all over it” and its removal showed that Iran didn’t want evidence left behind.

Earlier Friday, Iran accused the US of playing a dangerous blame game and said Pompeo’s comments were “ridiculous, but also very worrying and dangerous,” according to state news agency IRNA. 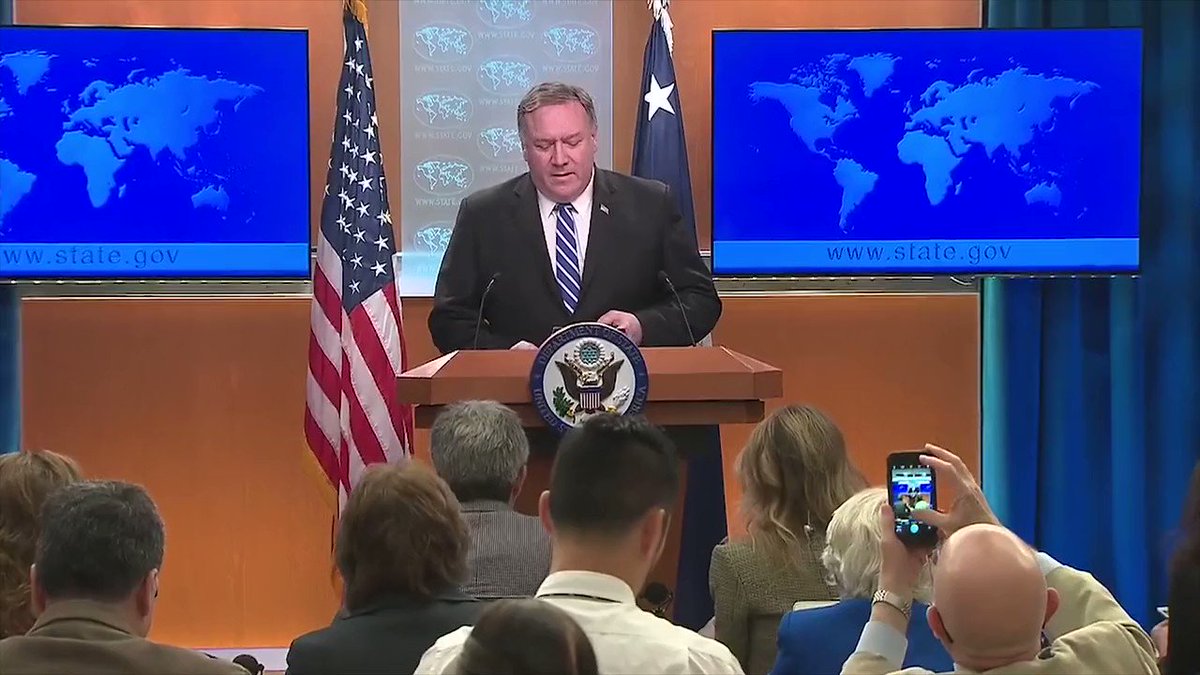 “It is the assessment of the U.S. government that Iran is responsible for today’s attacks in the Gulf of Oman….”@StateDept @SecPompeo

Iranian Foreign Ministry spokesman Abbas Mousavi added that the focus should be on who stands to profit the most from a crisis, rather than spreading baseless insinuations.

In a joint press encounter in New York with UN Secretary General Antonio Guterres, Arab league chief Ahmed Aboul Gheit said Iran was a problematic presence in the region, and addressed suggestions that the attacks could be staged by another power as a false flag attack to implicate Iran.

“I do not believe for a single minute, a second that an Arab country is trying to obstruct naval lanes or to shoot itself in the foot,” Gheit said.

Guterres called for an independent investigation into what happened, but said that only the UN Security Council had the authority to give the go-ahead for such a probe.

The UN chief said he had not seen the video released by the US.

The exact circumstances and cause of the incident remain unclear.

The Japanese operator of one of the tankers hit in the key shipping route for oil between Iran and the Arabian Peninsula said crew members saw an incoming “flying object” before the explosion.

Speaking at a news conference in Tokyo, the president of shipping company Kokuka Sangyo said the Kokuka Courageous, which was carrying 25,000 tons of methanol from Saudi Arabia to Singapore, was attacked twice but denied it had been hit by a torpedo.

The other tanker hit, the Norwegian-owned Front Altair, caught fire. Its 23-member crew was heading for Bandar Abbas in Iran prior to repatriation, the Norwegian shipping company said in a statement.

Pompeo offered no evidence and did not take questions from reporters when he announced that Iran was to blame. He said the conclusion was drawn based on intelligence, the types of weapons used and the sophisticated nature of the attacks. The diplomat framed it as an attempt by Iran to force the US to lift crippling sanctions on the Iranian economy.

Hours later US Central Command released the video, saying it showed crew from an Iranian patrol boat removing an unexploded limpet mine from the Japanese tanker.

In a tweet, Iranian Foreign Minister Mohammad Javad Zarif said the US was making allegations against Tehran without “a shred of factual or circumstantial evidence” making it “abundantly clear that the #B_Team is moving to a #PlanB: Sabotage diplomacy.”

That the US immediately jumped to make allegations against Iran—w/o a shred of factual or circumstantial evidence—only makes it abundantly clear that the #B_Team is moving to a #PlanB: Sabotage diplomacy—including by @AbeShinzo—and cover up its #EconomicTerrorism against Iran.

The term “B team” refers to the team led by US National Security Adviser John Bolton, who is known for his hawkish approach to Iran.

Zarif also said it was “suspicious” that the attack on the Japanese tanker took place while Japanese Prime Minister Shinzo Abe was on a high profile visit to Iran.

In comments to the BBC, British Foreign Secretary Jeremy Hunt said he backs the US view that Iran was responsible for Thursday’s attacks in the Gulf of Oman.

The German government expressed serious concerns over the attacks and warned against “a spiral of escalation,” while the European Union held back on supporting the claim that Iran was responsible.