Many African leaders have been immortalized across the continent with statues and monuments. A bronze statue of Nelson Mandela looms over the seat of South Africa’s government in Pretoria; Zimbabwe President Robert Mugabe has had himself depicted in several sculptures across the country; and Kwame Nkrumah, Ghana’s first independent president and a famous Pan-Africanist, is portrayed in a golden monument outside the African Union headquarters in Ethiopia.

But Nigerians are dismayed with a statue of South Africa’s President Jacob Zumathat has been erected in the southern Imo State, saying it smacks of a lack of national pride.

The statue, unveiled over the weekend, when President Zuma was on a visit to Imo State, aimed at boosting ties between Africa’s two major economies. Imo State Governor Rochas Okorocha unveiled the bronze statue of Zuma on Saturday, while also awarding the South African leader—who faces nearly 800 counts of corruption in his home country but maintains his innocence—the Imo Merit Award, the highest honor bestowed by the region.

Keep Up With This Story And More By Subscribing Now 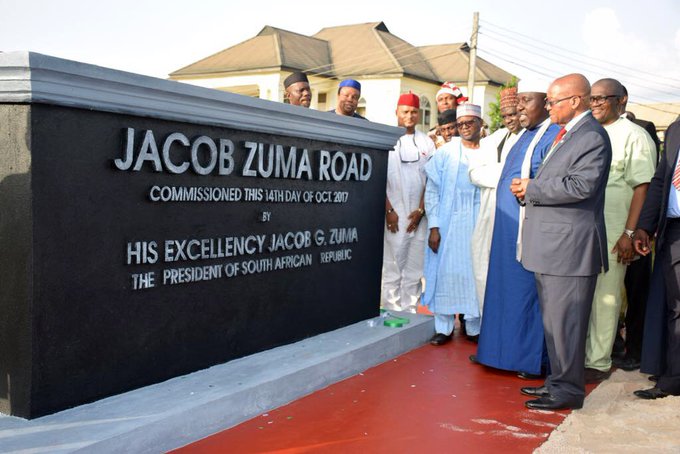 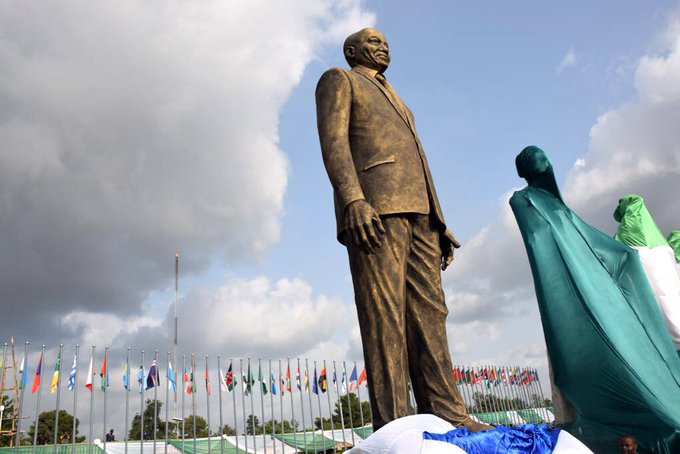 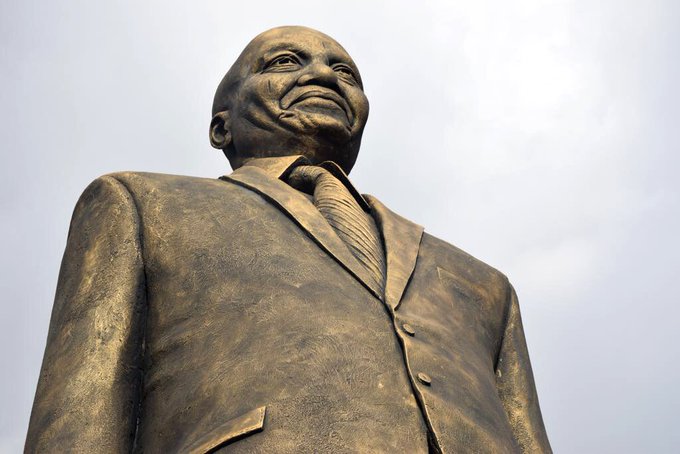 A road in Imo State was also named after President Zuma, who has been in office since 2009 but is due to step down at the next election in 2019.

But the monument has not gone down well with Nigerians on social media.

Some have questioned whether a statue should be erected honoring Zuma, who has had a controversial tenure as South Africa’s president. Besides the corruption charges, South Africa’s top court ruled in 2016 that Zuma had failed to uphold the constitution by using state funds to build a swimming pool and a cattle ranch—among other things—at his Nkandla home.

Zuma also has been accused of giving political influence to the Guptas, an Indian family with a business empire in South Africa that has close ties to Zuma’s family.

“It is embarrassing that a state government controlled by the All Progressives Congress [in Nigeria], which is fighting corruption, could play host to Mr Zuma, allegedly a corrupt leader in the current assembly of heads of state in the African Union, and portray him as a hero before a group of African youth,” said Lanre Suraj, chairman of the Civil Society Network Against Corruption, according to Nigeria’s Premium Times. 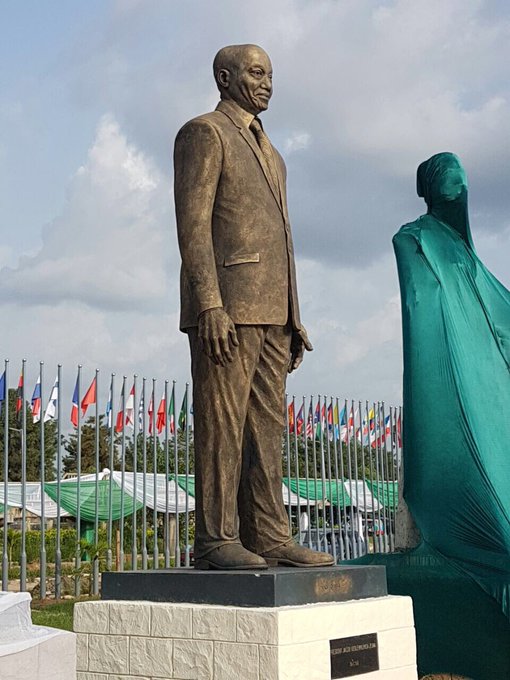 A statue of Jacob Zuma was unveiled in Nigeria. I never thought Nigeria is such a clueless country.

Other Nigerians pointed out that the statue was ill timed, given the recent accusations of xenophobia against Nigerians living in South Africa. The Nigerian government summoned South Africa’s high commissioner after a wave of attacks on Nigerian-owned businesses and immigrants in the country earlier in 2017. 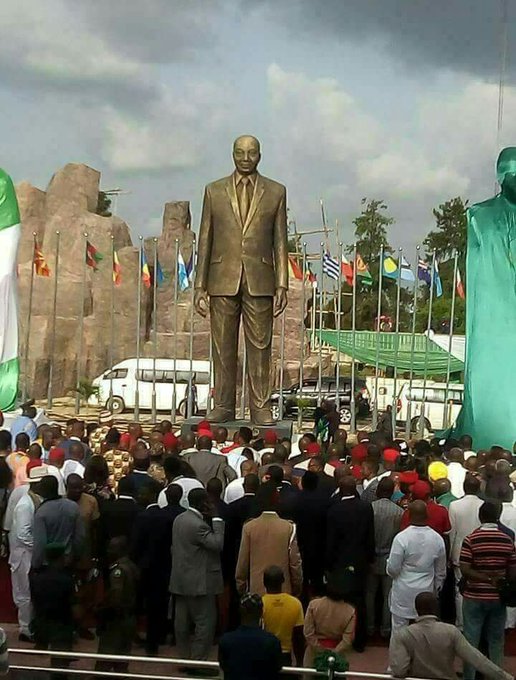 In honour of all Nigerians killed in South Africa in the name of xenophobia, Rochas Okorocha thanks Jacob Zuma with a statue.

Still others questioned why the Imo State governor chose to erect a statue of a South African leader rather than a notable Nigerian. 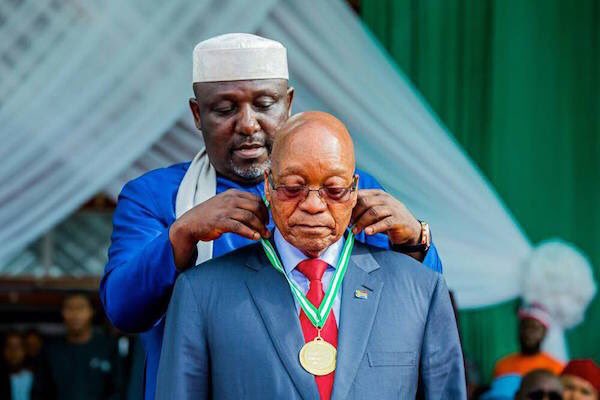 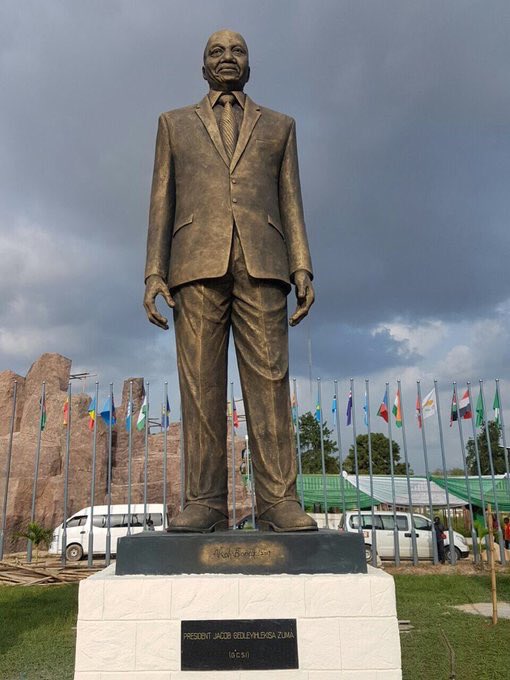 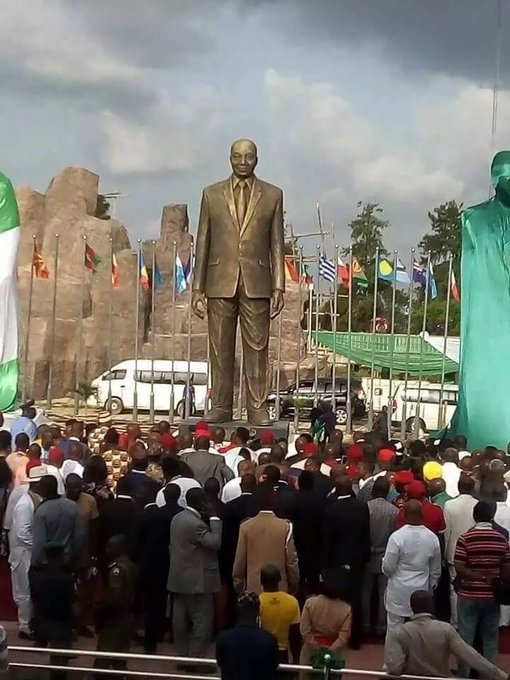 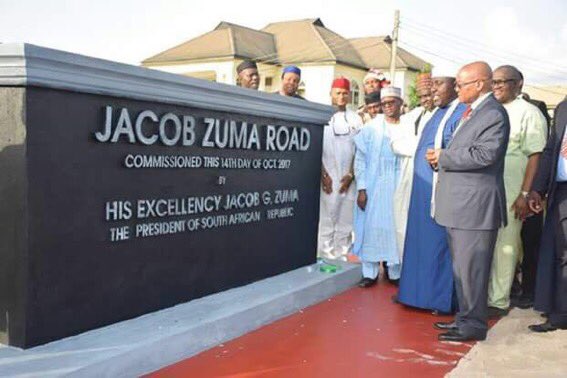 – Jacob Zuma doesnt have a statue in SA

– Our past hero’s dont have a statue in SA

Just when you thought you’ve seen it all, you see a Nigerian Governor erecting a statue for Jacob Zuma while owing his state workers salary.

Okorocha said that the statue honors Zuma’s “love for education” and that the South African president was working to make sure poor children could attend school.

“The only industry we have, and we can truly be proud of, is education in Imo State. This is another reason why we have chosen to honor you,” said Okorocha, Premium Times reported.

But given the optics of honoring such a controversial leader, Okorocha may find himself facing heat from Nigerians on social media for a while to come. – News Week