MANCHESTER, UK – A Manchester-based jihadist has been identified as a leading member of a clique of British fighters who have joined the Isis terror group.

Zimbabwean-born Raymond Matimba is believed to have left the UK to join Isis in Syria in 2014 . A Christian convert to Islam, he worked as a sniper and trainer for the

Matimba, thought to have been killed during fighting, had connections with suicide bomber Salman Abedi, who killed 22 people – including children – at the Manchester Arena during an Ariana Grande concert in May. He is thought to have frequented the same mosque as Abedi, before leaving the UK, and it is believed that he had a role in the bombing.

The role of Matimba – also known with his nom de guerre Abu Qaqa al-Britani al-Afro – was unclear until the emergence of a rare footage, obtained by the Daily Telegraph, which shows him in the company of key Isis fighters, who have become some of the most notorious British jihadists.

The video shows Matimba talking with three other members in a cafe in the Syrian town of Raqqa, which Isis seized in 2014, making it one of the de-facto capitals of its self-declared Islamic Caliphate.

The clip is believed to have been filmed by an inflitrator and it is the first to show the quartet together.

One of the men seen with Matimba is the now-deceased Mohammed Emwazi, also known as Jihadi John, an executioner who beheaded dozens of hostages including two Britons and three Americans in propaganda videos. Emwazi was part of a group of four fighters dubbed ‘the Beatles’ due to their strong British accents heard in videos.

The third interlocutor has been identified as Junaid Hussain, who the Telegraph describes as “Isis’s number one hacker and husband of the UK’s most-wanted woman Sally Jones”.

Hussain was killed in a US airstrike. His wife, known also as the White Widow and Umm Hussain, was once an active Isis recruiter. Dubbed ‘Mrs Terror’, she is thought to have been behind several terrorist plots in America and Europe.

The former punk rock singer from Chatham, in Kent, is believed to have returned to the UK after her husband died.

The fourth person in the video is Reyaad Khan, who recruited dozens of Britons to fight for Isis. He was killed in a RAF airstrike.

It is not clear whether Matimba is dead or alive. He was reportedly killed in fighting, but his death was never officially confirmed.

“Most European states including the UK have failed to address local vulnerabilities of young men and women that push them towards radicalisation,” UK-based counter-terrorism expert David Otto told IBTimes UK.

According to Otto, the UK and Europe face two types threats from terrorism. One is the increase of homegrown terrorists, and the other the threat posed by foreign fighters who return home “as refugees in disguise”.

“There is a need for a comprehensive understanding of the current dynamics, but it is also time that Europe pays some attention to the African heritage connection as we have seen in the case of Raymond Matimba and the infamous Lee Rigby killers. Radicalisation that leads to terrorism is a peril on our doorsteps,” Otto concluded. 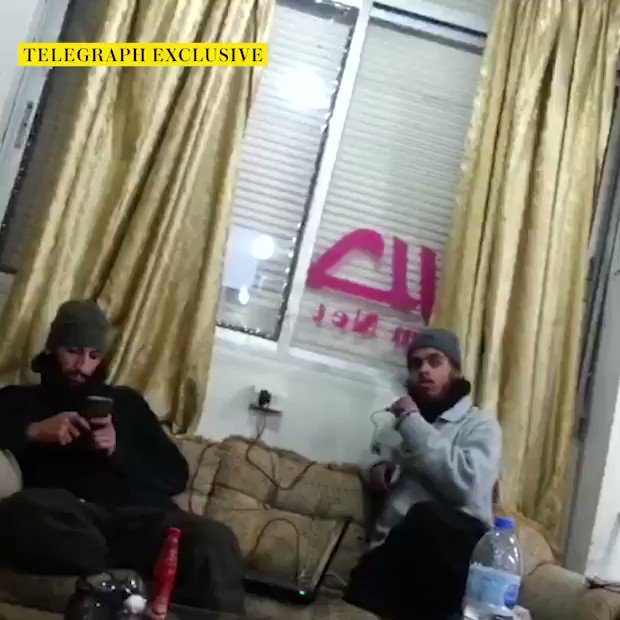 Inside Jihadi John’s lair: Britain’s most notorious Isil terrorists unmasked together for the first time http://tgr.ph/unmasked