PARIS – The young Malian migrant who saved a four-year-old child hanging from a fourth-floor Paris balcony after scaling the facade with his bare hands will be made a French citizen, President Emmanuel Macron said Monday.

Mamoudou Gassama, who met with Macron on Monday morning after a video of his rescue went viral on social media, will also be offered a place in the fire brigade, the president added.

Gassama will also get the support of the City’s Mayor Anne Hidalgo to settle in France.

The video of Gassama climbing to reach the child, cheered on by terrified onlookers, went viral on social media, with people calling the 22-year-old a real ‘Spider Man’. 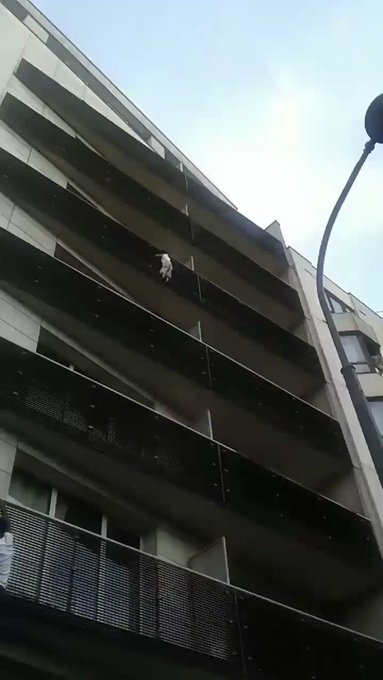 Watch 22 year old Mamoudou Gassama heroically scaling four stories of a building when he sees a toddler about to fall to a certain death. When he began climbing the neighbors did not have ahold of the child’s arm yet.

“Congratulations to Mamoudou Gassama for his act of bravery that saved the life of a child,” Hidalgo said on her official Twitter account, adding that she spoke with him by phone to thank him.

Hidalgo said Gassama told her that he arrived from Mali a few months ago and wished to stay in France.

“I replied that his heroic gesture was an example for all citizens and that the City of Paris will obviously be keen to support him in his efforts to settle in France,” Hidalgo said.

French minister and former government spokesperson Christophe Castaner also took to Twitter to say how admirable it was that Gassama stepped forward to save a life without giving any thought for his own.

Le Parisien newspaper reported that Gassama was walking by when he saw a gathering in front of the building and leapt into action.

“I did it because it was a child,” the paper quoted him saying. “I climbed… Thank God I saved him.”