“I’m saddened by the passing of our martyr and giant of the African revolution,” he tweeted.

I’m saddened by the passing of our martyr & giant of the African Revolution cde President Robert Mugabe. Let’s continue the fight & protect his legacy. We must not allow our enemies to tell us how to remember him; we know our heroes.

May his soul rest in revolutionary peace. 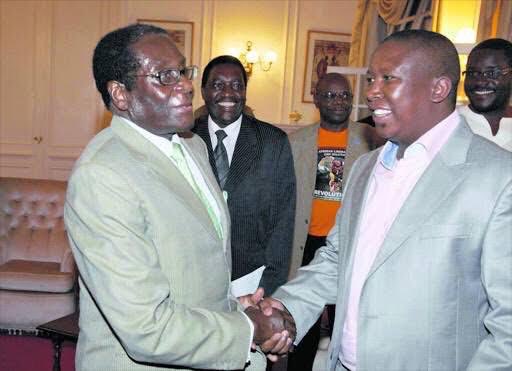 He used rhetoric similar to Mugabe after the killings in 2012 at the Marikana mine, where he stepped up his long-standing calls for mines to be nationalised.

And in the past he has praised Zimbabwe’s controversial seizure of white-owned land.