Argentina legend Diego Maradona has praised Mohamed Salah, and backed him to rival Lionel Messi and Cristiano Ronaldo for the Ballon d’Or this season.

Salah enjoyed an impressive debut season with Liverpool as the Egypt international scored 44 goals across all competitions and broke the record for most goals in a 38-game Premier League season. His impressive performances saw him collect a host of awards including the PFA Player of the Year and the Football Writers’ Player of the Year.

The Argentine football legend spoke to Abu Dhabi Sports satellite channel about the 25-year-old star, and praised his performances with the Reds. 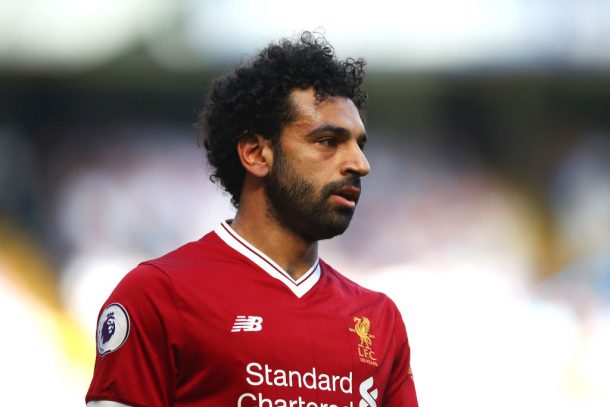 “Mohamed Salah is a fantastic player. He’s fast and his reactions and thinking are very quick as well. He is very good in his attacking role and provides perfect assists for his teammate Roberto Firmino, and I think he will be one of the stars in Russia for the World Cup 2018,” Maradona said.

When asked if he sees Salah as a rival to Messi and Ronaldo for the 2018 Ballon d’Or, Maradona answered: Yes.

“People only expect Messi and Ronaldo collecting the award, but they don’t see Neymar, Salah and [Zlatan] Ibrahimovic but it should be more diverse,” Maradona said.

Salah is now preparing for his last and toughest task with Liverpool this season, as the Premier League side are getting ready for the UEFA Champions League final against title holders Real Madrid in Kiev on Saturday.