Reports emerged on social media on Thursday that Zimra had seized the $120 000-bus in a bid to force United to pay outstanding tax of $50 000 owed to the government.

However, Tutisani has since dismissed this as fake news and said the bus was expected to arrive in Harare on Friday.

“We know the rules and regulations of the country. The only thing was that we were intending to apply for exemption because it was a gift donated by our former player,” Tutisani tells KickOff.com from Harare.

“In saying that there was also no intention of smuggling in the bus. Everything has been done in black and white and we finalised all the documents regarding clearance with the revenue authorities.

“If everything goes all we are expecting the bus to arrive in Harare tomorrow.”

UPDATE
The Nyasha Mushekwi donated bus (that he bought in hard US$ cash) in now in the country & is expected to be in Harare by tomorrow. 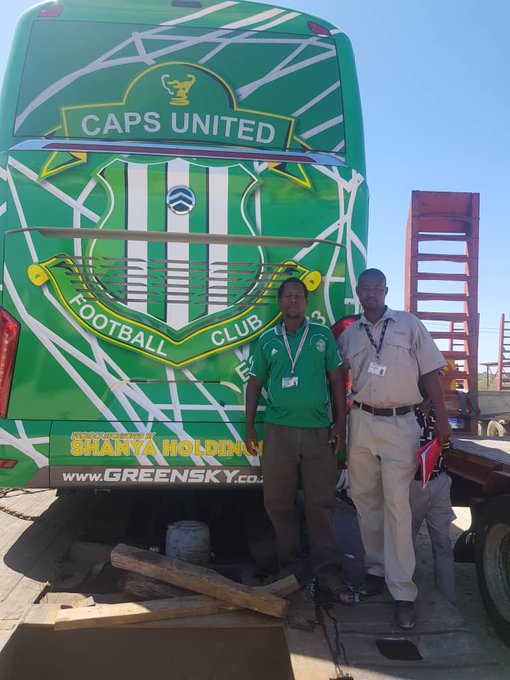 Tutisani has also paid tribute to Mushekwi for his kind gesture.

“We are humbled and feel honoured to see one of our boys whose growth we contributed towards making such kind of donation,” he adds.

“Besides feeling excited, we feel humbled and honoured by this kind of gesture. It’s not often seen when a student comes come back and thanks his teacher.” – Kick-Off