SALT LAKE CITY (AP) — Thousands of people showed up to an outdoor shopping center in Utah to see rapper Kanye West perform what he calls a worship service.

Saturday’s concert was held right before the Church of Jesus Christ of Latter-day Saints held its twice-yearly conference in Salt Lake City.

West took the stage late in his worship service and performed one song — “Jesus Walks,” from his 2004 album “The College Dropout.” 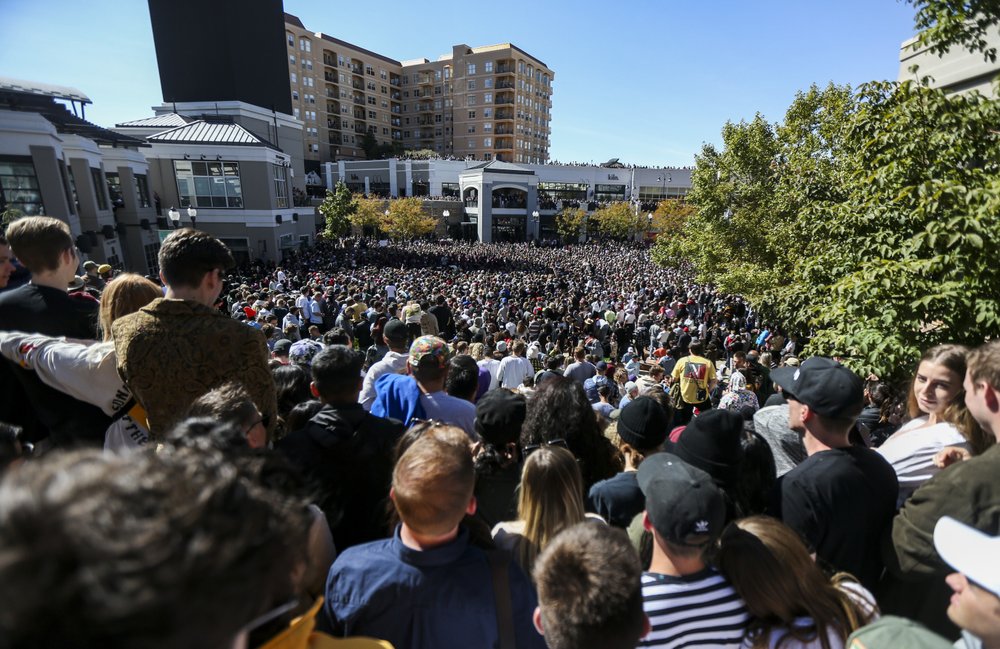 Afterward, the Salt Lake Tribune reported that West prayed and testified to the crowd about his religious journey.

He also talked politics and what he called the dangers of social media. 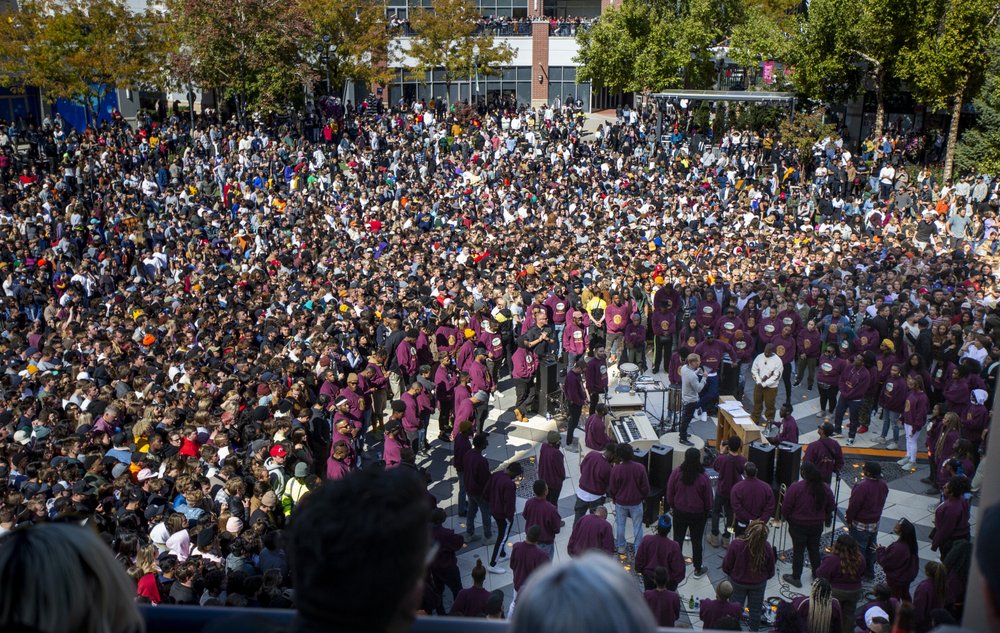 The Deseret News reported that between 7,000 and 10,000 people attended the event.

West has been traveling the country holding these church-like concerts that include choir singers and other musicians.