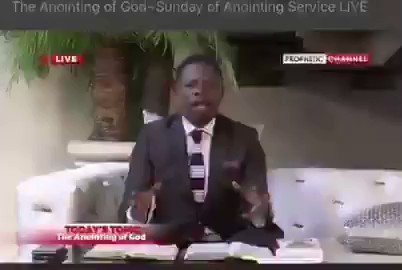 Twitter users were shocked when they believed he said, “Don’t listen to what your men say”.

“Did he say don’t listen to what your man is saying?,” asked @Queen_Pardo.

@vittomohlanka tweeted, “”A whole prophet says you shouldn’t listen to your husband, yet the husband is the head of the house according to the Bible… this one doesn’t have compassion. We’re in a middle of a crisis, economy-wise but he’s still milking people.”

@Lostris_KT.JNR_3000 said: ” It would’ve have been nice if he donated money not this thing of sucking people’s lives who are about to lose their jobs in a few weeks”.