Brooklyn Nine-Nine actor Terry Crews is one of very few men who has talking about his sexual assault publicly.

The Brooklyn Nine-Nine star testified before the Senate Judiciary Committee on behalf of the Sexual Assault Survivors’ Bill of Rights in the States recently.

He spoke about toxic masculinity and its devastating effects on society as well as his experience of being sexually assaulted and the fallout from going public with it, according to an article on Channel24.

Terry began his statement by reflecting on his decision to come forward as a victim of sexual assault in the wake of accusations against a number of high powered men in Hollywood. Terry said “This past year, we have seen powerful men in Hollywood and elsewhere finally held accountable for sexual harassment and assault. We also saw the backlash survivors faced after coming forward. I wanted these survivors to know that I believed them, I supported them, and that this happened to me too.”

He then recounted his own assault in 2016 in which he was allegedly groped by Adam Venit, the then head of William Morris Endeavour’s motion picture department. After Terry came forward publicly, Venit was suspended and later demoted from his position, but he still remains as part of the company.

“I am honoured to use my platform and story to help create additional civil rights protections for survivors across the nation under the Sexual Assault Survivors’ Bill of Rights,” Terry said while reiterating his experience and talking about how watching so many women come forward made him do the same.

Terry was also questioned as to what his experience had been like after he revealed that he had been sexually assaulted. Terry said he was asked by the Expendables producer Avi Lerner if he would drop his lawsuit against Adam Venit in order for him to appear in the fourth Expendables movie and allegedly warned of “troubles” if it wasn’t dropped. The actor said it was an example of how “abusers protect abusers”.

Case in point when rapper 50 Cent posted a since deleted meme on his Instagram account making fun of Terry for talking about his sexual assualt. 50 Cent responded to criticism about the meme with a tweet saying “This is me recovering from having my sense of humor removed this morning. People are so sensitive, my doctor said l will be fine in six weeks, but my publicist said if you see any journalist play DEAD. ??get the strap” 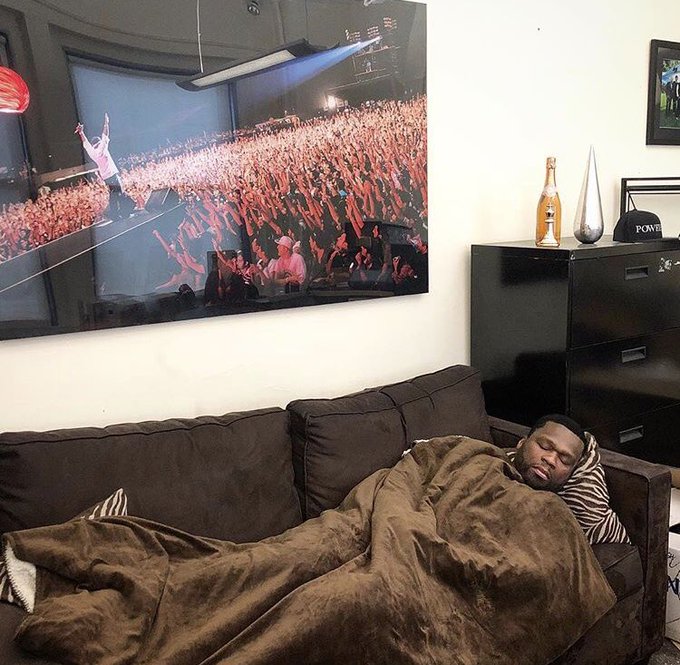 This is me recovering from having my sense of humor removed this morning. People are so sensitive, my doctor said l will be fine in six weeks, but my publicist said if you see any journalist play DEAD.

In South Africa, male sexual assault and rape is still treated like a joke. Like this story on Health24 of a young man who was raped and when he tried to tell his friends about it he was laughed at and made fun of, so he decided not to report the incident.

Rees Mann, the executive director of South African Male Survivors Of Sexual Abuse or SAMSOSA told W24 that “toxic masculinity feeds the thought that men are supposed to behave a certain way. It says they must have power, must be tough, must be sexually active. Toxic masculinity says that men are supposed to protect themselves. Society believes males are not supposed to be sexually abused and that abuse will change a man’s sexual orientation.” Mann says one of the biggest myths around male sexual assault victims are that they will become abusers themselves. “This also stops men from disclosing. It means that women can be abused and that men are afraid to talk about being abused. The blame is on men instead of the perpetrator.”