News Ticker
A letter from the Zimbabwe Electoral Commission to the Movement for Democratic Change (MDC) Zimbabwe reveals that there is a newly formed or launched party, MDC Zimbabwe.

This comes when there are two MDCs already, the MDC led by Nelson Chamisa and the other led by Thokozani Khupe.

Although there is no information at the moment to suggest who the leaders of the new party are, the address suggests that the party’s main offices are in Gweru, Midlands.

The letter read as follows:

RE: NOTIFICATION OF EXISTENCE OF MOVEMENT FOR DEMOCRATIC CHANGE (MDC) ZIMBABWE

The Zimbabwe Electoral Commission (ZEC) acknowledges receipt of your party profile documents, the contents of which have been noted.

Your organisation has been included on ZEC’s stakeholder data base and mailing list for notification when appropriate meetings that require your input arise. 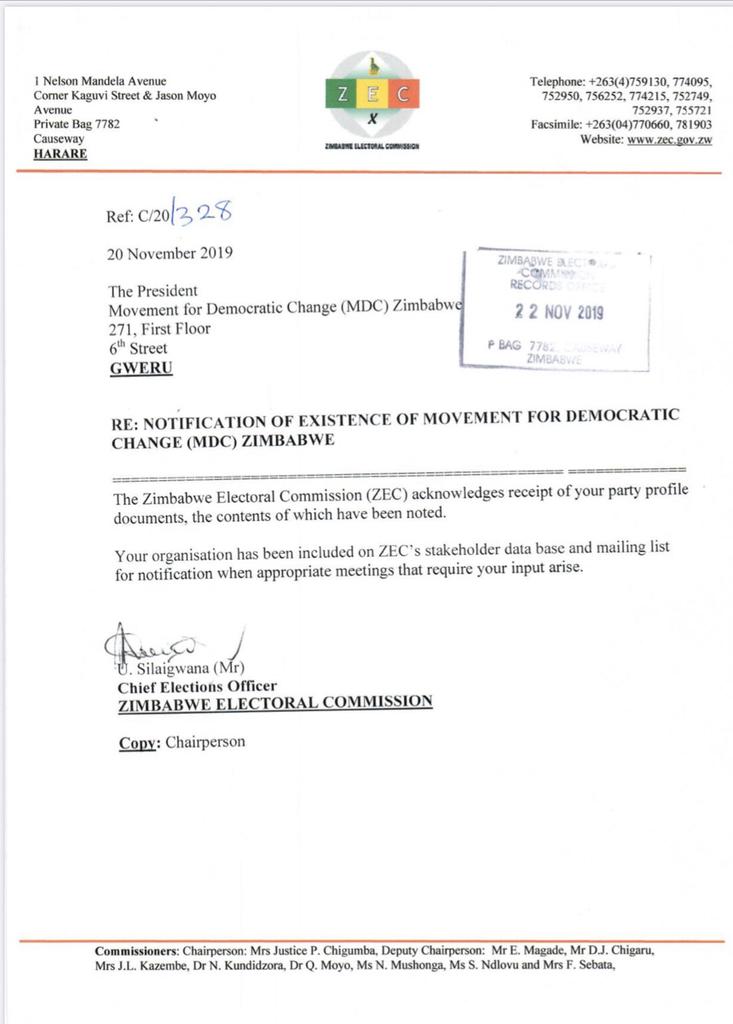