Professor Jonathan Moyo has described the #TysonWaBantu political movement as stupid and idiotic.

Prof Moyo’s attack comes in the wake of the launch of the political #TysonWaBantu movement in Bulawayo on Thursday.

Writing on his Twitter blog, a livid Prof Moyo distanced himself from the campaign saying, “I don’t know why you folks like associating me with every stupid thing in town. There is no way stupidity will become a strategy simply because you tag my name to it. And I’m not going to be an author of stupidity simply because an idiot or troll says I am!”

He said Kasukuwere has a rich history of “plunder, violence and abuse of power.”

Meanwhile Prof Moyo is over the moon with the formation of yet another new political party.

It is not clear who the leaders of the movement are.

Said Prof Moyo, “So there’s a new political party in town. Not sure though if it’s Peoples Party or People’s Party. In this season of the people, we have the first #PartyYabantu. Meanwhile the “PP” abbreviation has an unmistakable ring of Pee Pee!.”

So there’s a new political party in town. Not sure though if it’s Peoples Party or People’s Party. In this season of the people, we have the first #PartyYabantu. Meanwhile the “PP” abbreviation has an unmistakable ring of Pee Pee! 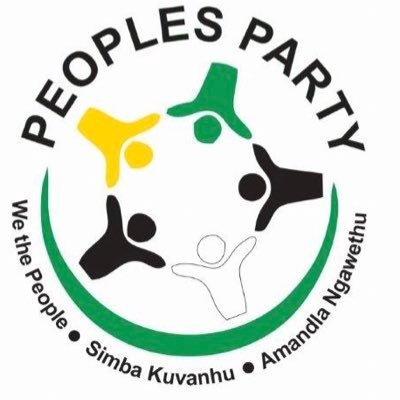