THE Central Intelligence Organisation (CIO) and police detectives have put Botswana citizens of Indian origins who are booked at a hotel in Masvingo on surveillance after getting intelligence they were funding opposition leader Nelson Chamisa’s nationwide campaigns.

According to the memo, Sarfaraz Ahmed Khan is a member of the Botswana opposition party there and is also a representative of the Islamic society of Botswana.

“On this date (18/11/21) and time operatives gathered information to the effect that there are Indians Nationals who are working with Chamisa,” the document, seen by NewZimbabwe.com, reads.

“I nformation reveals that these Indians are supporting Chamisa with resources in form of cash so that he could do rallies across the country. The Indians are housed in various Hotels in Masvingo Town,” the memo reads.

“The Motswana nationals are Five in number and their names are Sarfaraz Ahmed Khan, Muneer Ahmed Khan, Muddathir Ahmed Khan, Abdul Razak Khan. Further information revealed that these Indians are now planning to relocate to Greater Harare in Hotel. Currently the Indians are booked in a Hotel in Masvingo. Operatives will keep monitoring these people and another memo will be effected.” 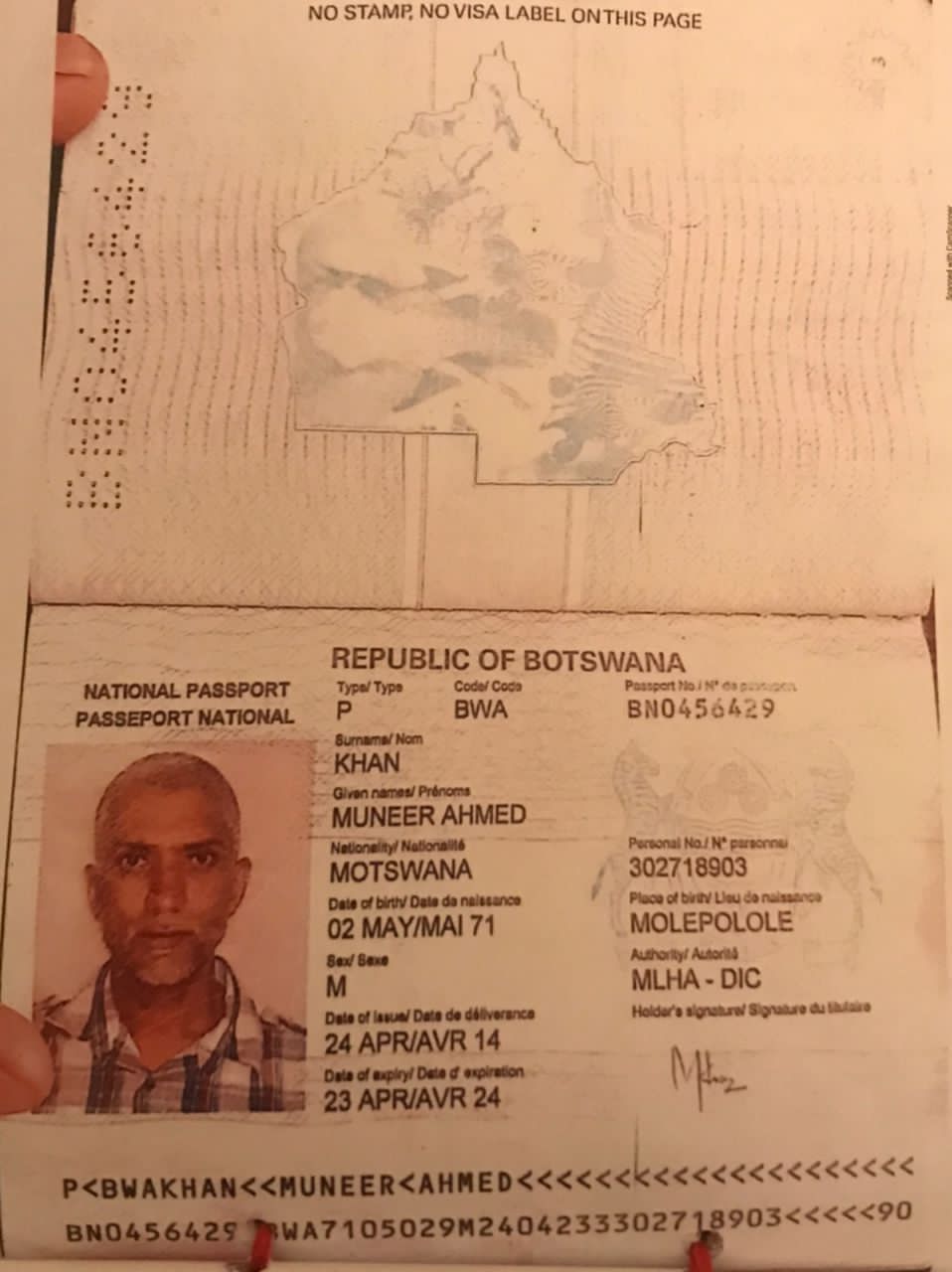 Names of people working with them in Masvingo have also been stated as one Selemani a former army Colonel, Takunda Hungwe and Gulam Mohammed Patel.

Contacted for a comment over the document police assistant commissioner Paul Nyathi could not confirm or deny that the document is coming from one of the security agents but said as police that is not their document.

The source said there are also members of the ZRP involved namely DI Chaparira Wonderful-039334D and is their officer in charge, 065785E D/Cst Chapungu Tinashe, 065651J D/Cst Chipembere Tensen and

The source said all the officers suspected to be involved have since been transferred from Masvingo for their role.

The MDC Alliance spokesperson Fadzai Mahere and her deputy Ostallos Siziba were not immediately available for comments.

It is illegal under Zimbabwean law for political parties to receive foreign funding.

Under the Political Parties Finance Act, political parties should be funded by Treasury depending on how many seats they hold in Parliament.

Sources however said authorities were on high alert and monitoring the movements of the quintet who could be arrested if found to be breaking the laws of the country.