ZANU PF Politiburo is expected to discuss what should happen to the ailing Vice President Constantino Chiwenga who has been holed up at a medical institution in China for past months.

A Central Committee insider fro who spoke to this publication on condition of anonymity said there were some Politiburo members who were pushing for the matter regarding the condition of the Vice President to be tabled on the agenda during the Extraordinary session being held on Thursday afternoon.

Said the source, “As you know very well that the Vice President is not in a good condition and is now surviving on liquids only in China, there has been a gap both and in the Presidency of the country. The doctors also have indicated that he will be spending some months in China under medical examination 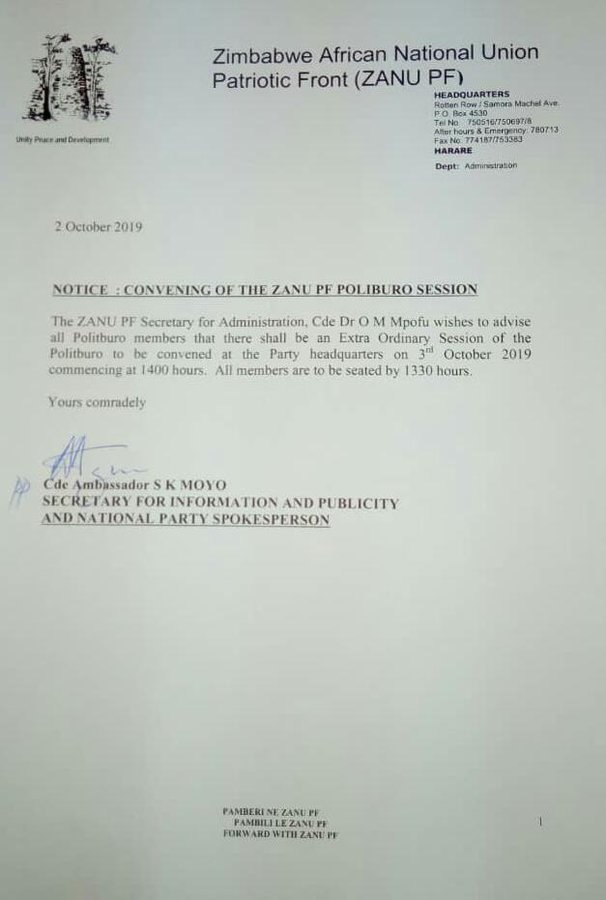 “It is the feeling of some members that the Extraordinary session of the Politiburo should take a decision to have the Vice President be redeployed to a much lesser role that allows the country to move forward and the party to be able to discharge its duties with a full functioning presidium. So among other issues, it is highly likely that the Politiburo will discuss the matter regarding the sick leave of Chiwenga.”

There has been reports that Minister Oppah Muchinguri, General Sibusiso Moyo are among those angling to replace the ailing General.

The ZANU PF Politiburo is expected to start at 2PM on Thursday at ZANU PF headquarters.