LAST night Invictus Energy announced to the Australian Stock market that it had secured Exalo’s 202 rig to drill the Muzarabani-1 well in May 2022.

The energy company said the well will target 8.2 Tcf and 247 million bbls of conventional gas-condensate making it one of the largest drill targets globally in 2022. 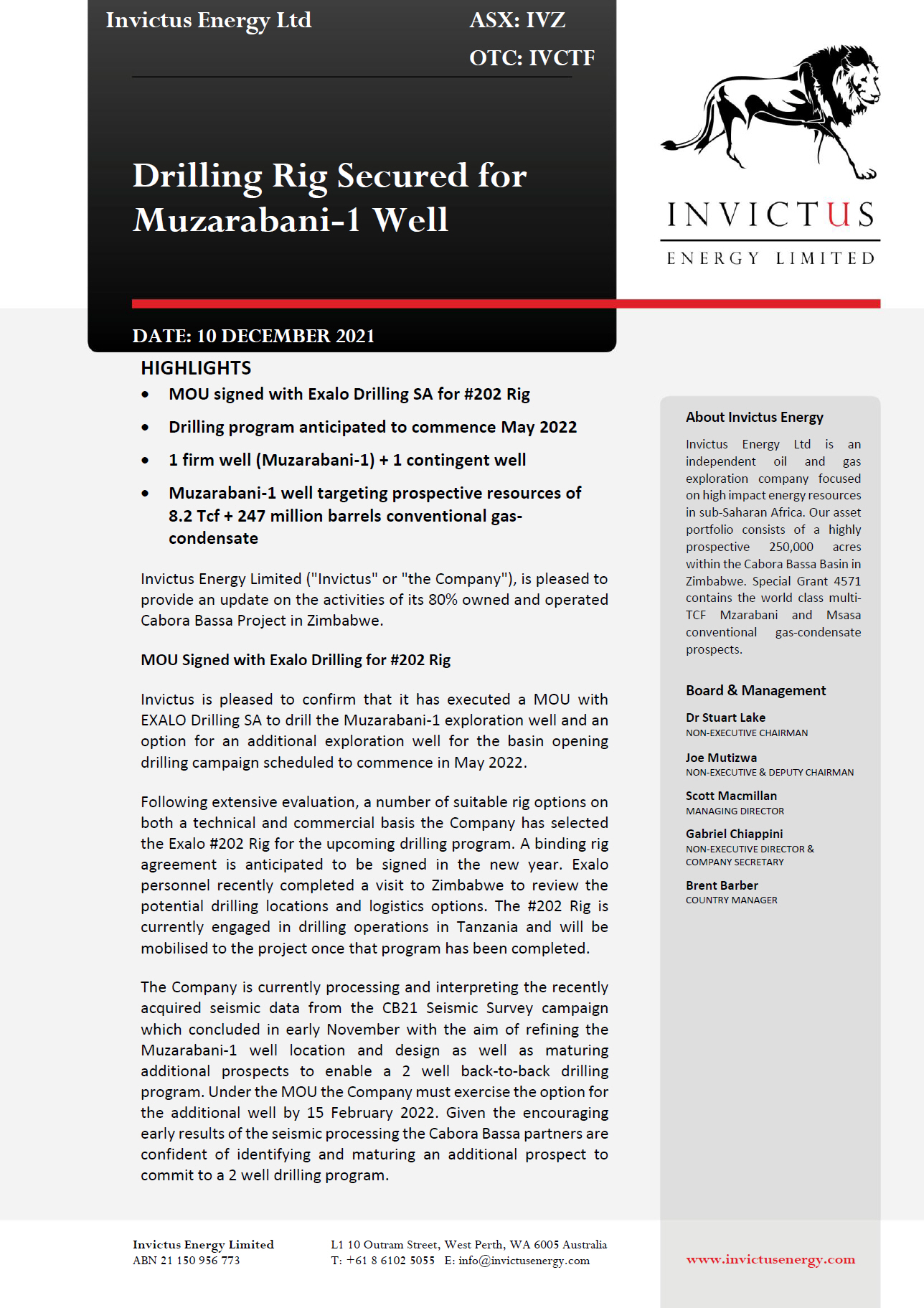 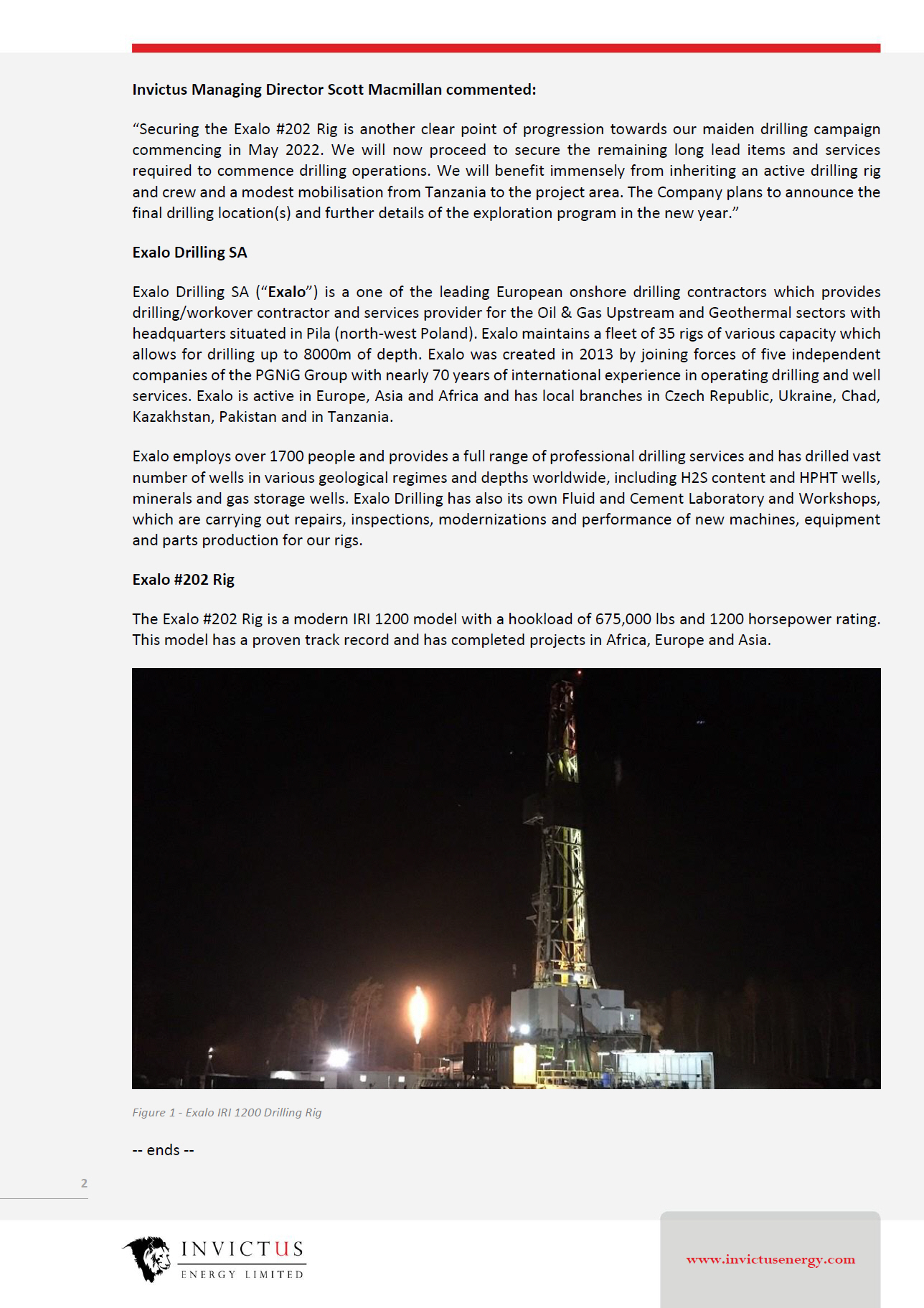 Cluff Energy, in return, will provide 33.33% of the costs for a two-well exploration campaign.

Cluff Energy chairman Algy Cluff said Cabora Bassa was a “rare high quality but low-cost opportunity that has world class scale. We believe it will form a key pillar in the portfolio of assets that we are currently assembling.”

The executive went on to note he had enjoyed “previous success in the resources sector” of Zimbabwe. He was involved in a gold mine development in the 1980s.

“We look forward to working closely with Invictus over the coming months to finalise our partnership agreements and move forward with the exploration programme,” Cluff said.

Cluff Energy is putting together a portfolio of oil and gas assets in Africa. It plans to raise capital in early 2022.

The company must exercise its option by the end of March 2022 to enter a binding farm-in deal and joint operating agreement. Cluff Energy must also provide the necessary funding to meet its farm-in commitments.

Invictus also said it would work with Cluff Energy on a potential carbon capture and storage (CCS) plan in Zimbabwe.

Invictus managing director Scott Macmillan welcomed the signing of the deal with Cluff Energy. The new entrant is a “like-minded partner and a close cultural fit, and their team has an outstanding track record of making and monetising discoveries in Africa”.

The company plans to spud the Muzarabani-1 well in the first half of next year.

Invictus had previously begun talks with a partner on co-operating on Cabora Bassa but discussions fell apart in July. The company said it had been unable to complete its due diligence work.

Invictus has said the Muzarabani prospect may hold 8.2 trillion cubic feet of gas. It may also have 249 million barrels of condensate.