HARARE – The embattled Zimbabwean Vice President Constantino Chiwenga has appealed at the Supreme Court against the High Court ruling which ordered him to allow his estranged wife, Marry Mubaiwa-Chiwenga access to a number of the couple’s properties.

The judgment also ordered Chiwenga to return children to the former model.

See his notice of appeal below. 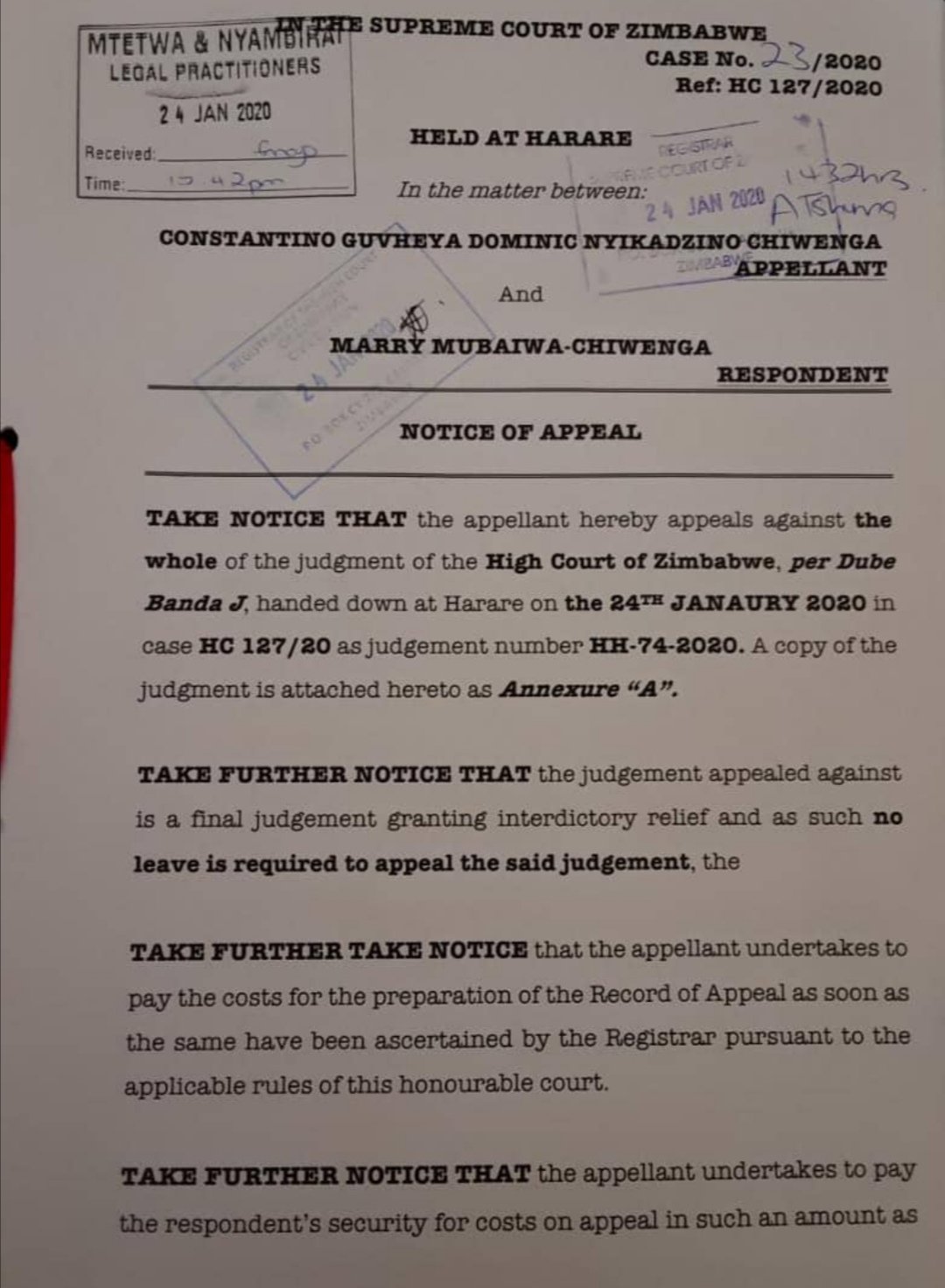 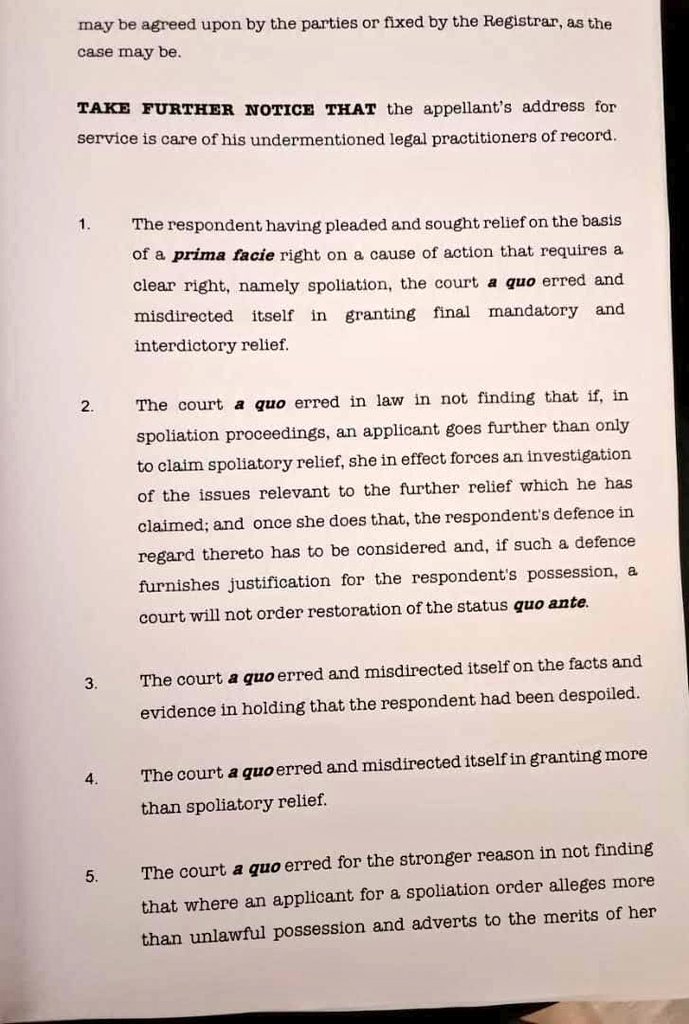 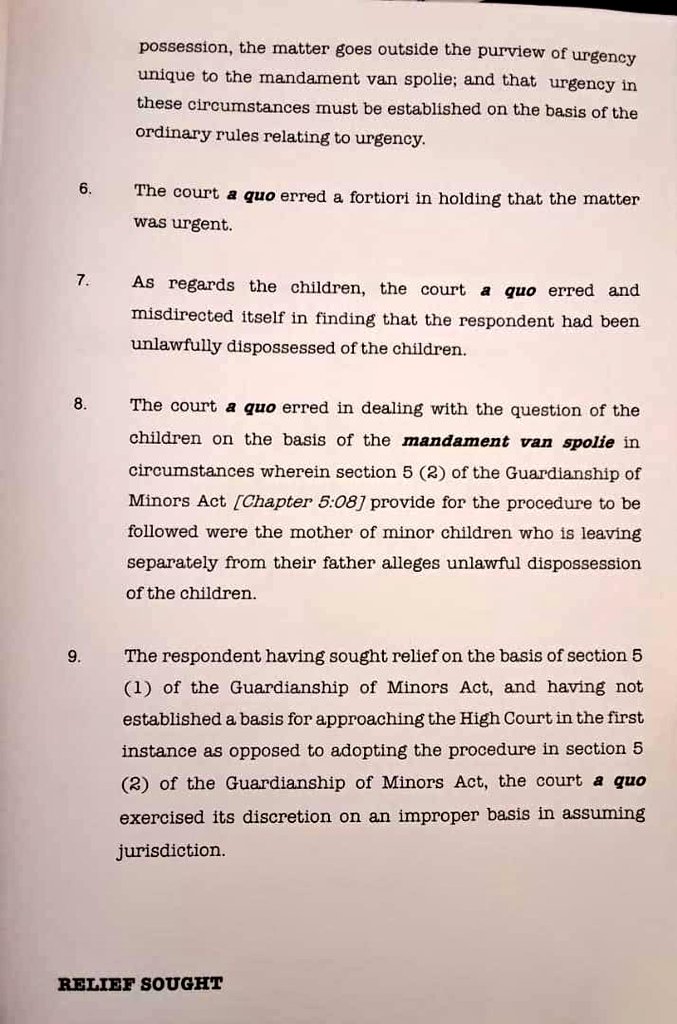 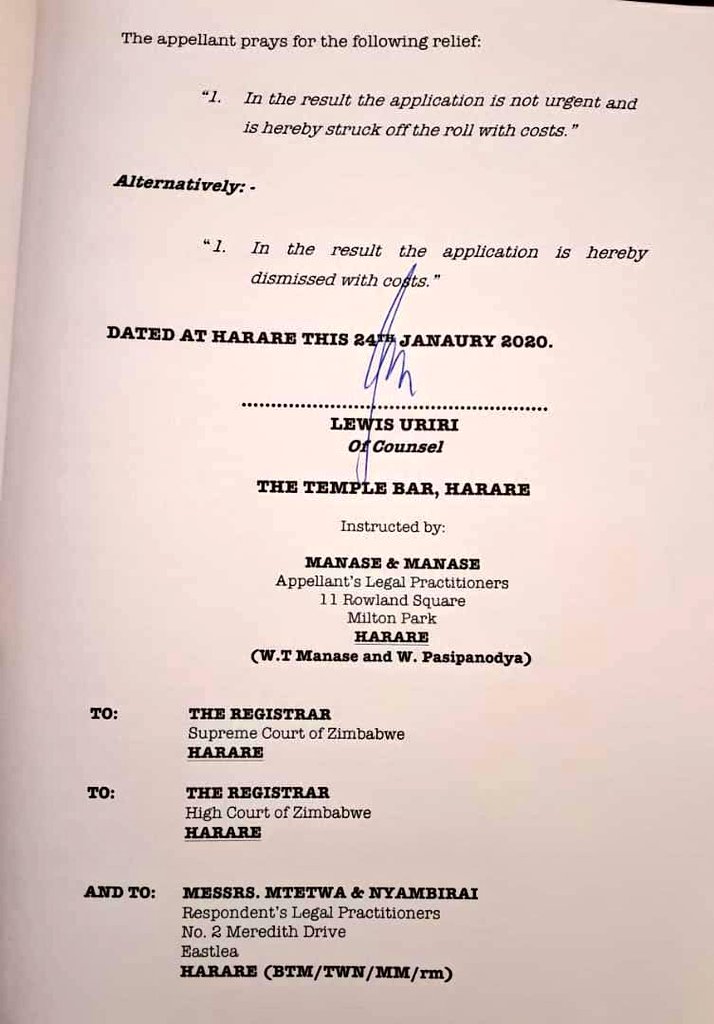 A Zimbabwean judge on Friday described as “frightening” the use of soldiers by the country’s vice president in a divorce-related dispute, and ruled that his wife should regain custody of their children and be allowed to access the family’s luxury home.

The ruling is the latest twist in a case that has gripped the southern African nation with allegations of black magic, attempted murder and drug addiction. The case has provided a glimpse of the luxurious lives of Zimbabwe’s ruling elite as the rest of the country grapples with economic collapse, hyperinflation and hunger.

The wife of Vice President Constantino Chiwenga, Marry, had approached the court seeking custody of the children and access to the house, a farm and vehicles. She said they were taken from her by Chiwenga when she was detained for more than three weeks on accusations of trying to kill him and money laundering.

After his wife was released from prison on bail earlier this month, Chiwenga refused to give her custody of the children and vehicles, and used soldiers to block her from entering their house in a wealthy suburb of the capital, Harare.

“It is unacceptable and anathema to the constitutional values of this jurisdiction that the military may be used to settle a matrimonial dispute,” said Judge Christopher Dube-Banda.

“This is frightening. What happened to the applicant (Marry) must be a cause of fear and concern to all law-abiding citizens,” he said. He ordered Chiwenga to return the children as well as three Mercedes-Benz vehicles and a Lexus to his estranged wife “forthwith.” He also said soldiers should not block Marry from accessing their home and farm.

Chiwenga, who as army commander led a coup against former president Robert Mugabe in 2017, separated from his wife, a former model, after he returned from four months of medical treatment in China in December.

He claimed his wife tried to kill him while he was on a hospital bed in neighboring South Africa before he was airlifted to China. He described her in court papers as “violent” and a drug addict who used black magic.

On her part, Marry accused her husband of being a “dangerous” man who “can summon the army when it suits him … to deal with perceived opponents” and suffering from “acute paranoia brought about by his poor health” and “his being under heavy doses of drugs, including un-prescribed opiates.”

The divorce case has not started, but even in its preliminary stages the bitter wrangle has “gone a long way to expose the depth of moral decay that has pervaded our national leaders,” the privately owned The Standard newspaper said.

“The divorce case presents our national leaders as completely out of touch with the reality that the citizens of this country are among the poorest in the region and the continent,” the weekly newspaper said in an editorial this week.