POLICE intelligence officers in Dangamvura have arrested four suspects — two of them teenagers — for allegedly committing a series of burglary cases in which they stole household appliances valued at more than $5 000.

The quartet, Promise Nyagwaya (18) from Honde Valley and his brother who is 17 and cannot be named because of his age, Bornwell Mandeya (31) of Number 52 Devonshire Sakubva and Tichaona Magaya (23) of Number 210 Devonshire, were yesterday expected to appear in court facing six counts of unlawful entry cases they perpetrated in Mutare.

The suspects are also wanted in Masvingo in connection with similar cases committed there. 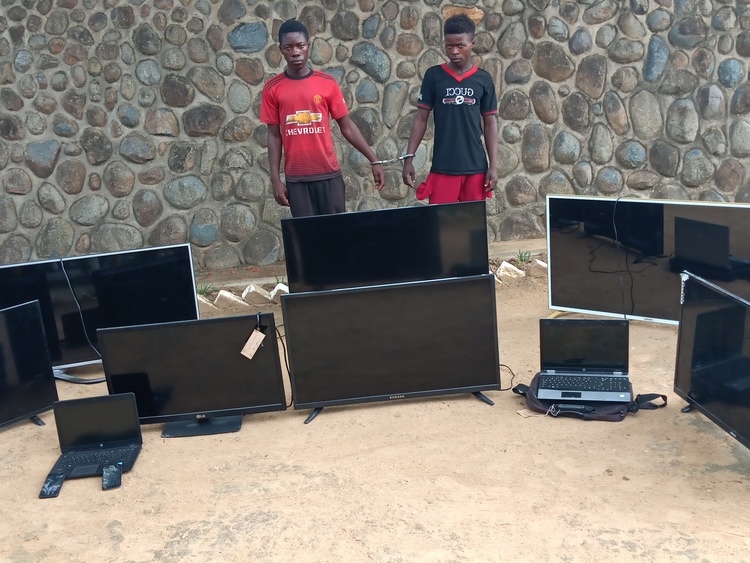 Circumstances to the cases are that on January 13, a team of police intelligence officers comprising of Assistant Inspector Mateketa, Sergeants Machona and Magada, Constables Muvungani, Mutasa, Gomba, Mazimbo, Venganayi and Munhungeyi reacted to a tip off that the suspects had been committing a series of unlawful entry cases in Dangamvura and Chikanga suburbs.

Consequently, surveillance was done on two of the prime suspects, the Nyagwanya brothers. The cops then arrested the duo on the same day at around 12am while they were on their way to commit another burglary in Dangamvura Area 16.

Upon interrogation the two suspects admitted to have committed the crimes and they quickly implicated the two other suspects Mandeya and Magaya as the transporters of the stolen items.

In no time, the cops raided the residence of the named suspects who were subsequently arrested an hour later.

During interrogation, the Nyagwanya brothers indicated that after breaking into houses they contacted Mandeya and Magaya who came with a Honda CRV (AEB 2195) vehicle to ferry the loot either from Damgamvura and Chikanga to Sakubva where they sold the stolen items.

The four suspects then made some indications of all places where they committed the offences as well as the places of disposal which resulted in the recovery of some of the stolen items.

Police managed to recover five plasma televisions, one HP laptop, smart phones and a litany of other gadgets.