CAPE TOWN – Foreign refugees in South Africa now face deportation if they engage in political activities – including around the issues that drove them from their homes in the first place – under rules that came into effect on 1 January.

Other new limitations, in what one legal expert describes as the raising of a paper wall to keep migrants out, lay the groundwork to exclude asylum seekers from working in certain sectors of the economy, and requirements for paternity tests in some circumstances.

Home affairs minister Aaron Motsoaledi gazetted the new regulations on 27 December, two working days before they came into effect. On the same day President Cyril Ramaphosa announced the activation of a 2008 law, the Refugees Amendment Act, which also came into operation on 1 January.

In combination, those two actions effectively created a new dispensation for the handling of refugees – with many pitfalls that can see them kicked out of South Africa.

In terms of the new rules refugees can be considered to have re-availed themselves of the protection of their home countries should they so much as set foot inside an embassy or consulate in South Africa. Under an even broader clause the same holds true for those who seek “any assistance of any state official or state institution associated with or in his or he country of origin or nationality”.

Those found to have “re-availed” themselves in this fashion can have their refugee status withdrawn, making them illegal foreigners at a stroke.

The implication seems to be that a foreign refugee who seeks proof of education qualifications or marriage in their home country will be de-recognised as refugees, and deported.

The same will also hold true of a foreigner who votes in an election in his or her country of nationality, or who stands for political office, unless they do so with permission from the South African minister of home affairs.

Beyond that, the rules ban refugees from any sort of involvement in the politics of their home countries – including the type of campaigns that were waged by the ANC in exile.

Refugees can lose their status if he or she “participates in any political campaign or activity related to his or her country of origin or nationality” without permission, the new regulations say. 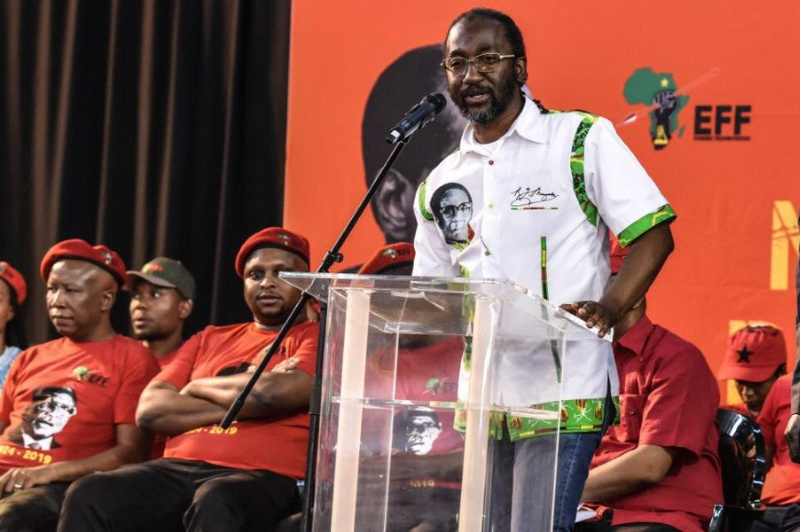 Nor are they allowed to campaign to change those rules in any way that may be political.

“No refugee or asylum seeker may participate in any political activity or campaign in furtherance of any political party or political interests in the Republic,” reads another rule.

The rules seem to leave no way for refugees fleeing persecution in their own countries to help change those countries for the better, or to campaign for South Africa to intervene.

They also effectively silence refugees on changes to their own rights within South Africa.

“This is basically the building of a paper wall, a legislative one,” said Sally Gandar, the head of advocacy for the Scalabrini Centre of Cape Town, when asked to characterise the changes as a whole.

The centre seeks to integrate migrants and refugees into local society, but the new rules include a number of sometimes subtle changes that will make it harder for those fleeing their homes to exercise their rights as refugees, Gandar said.

Among the new provisions that concern her is the new binding nature of paperwork submitted by applicants for asylum. In practice people who flee persecution because of their gender or sexual orientation are often loathe to admit as much at first, she says. Now they will have no opportunity to better explain themselves once they are safely in South Africa.

Similarly, refugees are often loath to declare all their children during initial applications for protected status, based on rumours that South African officials will reject applications that list too many children. From 1 January, failing to declare all children at the first instance will require paternity testing to add them to an application – and if the test is negative, those children are supposed to be handed over to the social services department.

The new rules also make provision for a committee to publish a list of sectors in which asylum seekers may not be employed and may not study towards. – Source: Business Insider (SA)