New York – Zimbabwean President Robert Mugabe’s son was spotted in New York on Tuesday in a shopping extravagance at a time when most Zimbabweans back home could hardly put food on their tables.

Mugabe took a 70-member delegation to the 72nd session of the United Nations General Assembly with each of his delegate gobbling $1 500 per day during their 10-day stay in the United States while the majority of Zimbabweans were surviving on less than one US dollar per day.

Bellarmine Chatunga, known for his lavish spending and partying lifestyle, was captured by the Voice of America at a MacDonald’s restaurant in central New York City near the United Nations Headquarters where his father was attending a meeting with the world’s leaders.  The picture was published on the radio station’s Facebook and Twitter pages.

The picture showed Bellarmine Chatunga carrying a satchel on his back while a bodyguard was carrying a Gucci shopping bag on one hand and drinking straws and another unlabelled bag on the other hand. His mother, Grace Mugabe, who was part of the Zimbabwean delegation to the United Nations, has earned herself the nickname “GucciGrace” for her penchant for designer clothing.

Chatunga was in the news last month when his mother  assaulted a 20 year-old South African model Gabriela Engels with an extension cord after she found her in the company of Chatunga at a hotel in Johannesburg’s leafy suburb of Sandton. The Zimbabwean First Lady was granted diplomatic immunity by South African authorities although AfriForum was still pushing for her to face justice for the offence.

Chatunga’s extravagance came at a time when Russell Goreraza, Grace Mugabe’s son from her previous marriage, reportedly imported two Rolls Royce limousines valued at $5.4 million this week at a time when most Zimbabweans could hardly access their hard-earned cash from local banks and the southern African country’s national economy bleeding. 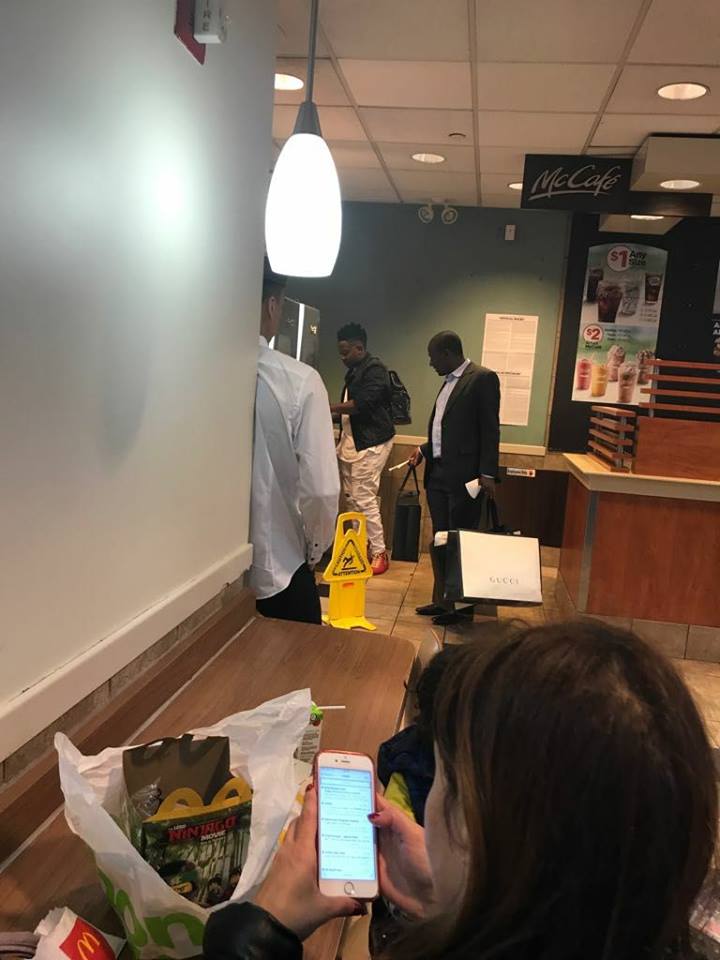 Critics have rebuked Mugabe for taking his entire family with him to New York on taxpayers’ money, saying such a move showed Mugabe was only interested in self-aggrandisement

A public health fellow at the Emory University in Atlanta, Fortune Nyamande, who was also the former president of the Zimbabwe Hospital Doctors Association, told News24 that the squandering of taxpayers’ money was irresponsible on the part of Mugabe and his family.

“This is a pity that as the nation groans to access to basic health services they are living in such luxury and glamour. Basic antibiotics, needles, gloves etc are beyond the reach of even the most educated but such unnecessary expenditure has become the norm for these least knowledgeable but privileged family,” said Nyamande.

“It proves that the First Family has simply gone to do shopping in the West and to avoid sanctions. The delegation was so large and it defies logic,” said Mafume.