On November 24, Emmerson Mnangagwa arrived in Harare’s main sports stadium to the cheers of tens of thousands of enthusiastic supporters.

Moments after being sworn in as Zimbabwe’s new president, the 75-year-old was quick to lay out his top priorities and vision for the future.

“As we focus on recovering the economy, we must shed misbehaviours and acts of indiscipline which have characterised the past,” Mnangagwa said in his inauguration address. “Acts of corruption must stop forthwith.”

As Mnangagwa marks one month in office today, his pledge to restore the economy and crack down on government corruption offers hope to many Zimbabweans grappling with cash shortages and sky-high unemployment.

This week, in his maiden state of the nation address, Mnangagwa promised to unveil a new range of reforms aimed at boosting growth and reviving the country’s key manufacturing and agricultural sectors.

Vowing to tackle corruption, he said there will be no impunity under his watch, while also warning against vengeful retribution. “There should be no sacred cows,” said Mnangagwa, an ex-vice president and for years a close ally to long-time President Robert Mugabe.

Parts of Zimbabwe are desperately poor after years of economic mismanagement and rampant corruption under Mugabe’s 37-year rule. Last year, the country ranked 154th out of 176 countries on Transparency International’s 2016 Corruption Perception Index.

A number of investigations by international rights groups in recent years has uncovered wide-scale graft in the mining industry involving top government and military officials.

A Global Witness report released earlier this year accused security and intelligence elites of being involved in the looting of the eastern Chiadzwa diamond fields under Mugabe’s rule. Last year, the former president stunned Zimbabweans when he publicly admitted that an estimated $15bn is unaccounted for in gem sales. Mnangagwa’s promise to crack down on endemic corruption has been welcomed by many in the country.

“The time of Mugabe encouraged a lot of thieving, but this time Mnangagwa has to do better,” said Sibusisiwe Siziba, a 45-year-old domestic worker in Bulawayo, Zimbabwe’s second city and previously the hub of its manufacturing industry.

“He was part of the government which was stealing before, but this time he has another chance,” she told Al Jazeera, expressing hope that despite the past scandals, a more transparent leadership had ascended to power.

“He must act if there is corruption, or we will lose our country again.”

However, a wave of detentions of ex-top government and ruling party officials has also raised questions, with critics saying the arrests are mostly driven by political motives rather a zero tolerance approach towards graft.

On Friday, ex-agriculture minister Joseph Made and former provincial affairs minister Jason Machaya became the latest former officials to be hit with charges of corruption and abuse of office.

Their detentions came days after Walter Chidhakwa, ex-minister of mines and mining development, and Francis Gudyanga, former permanent secretary of mines, appeared in court on charges of abuse of office.

The two are also accused of authorising the improper constitution of a board of a state-owned enterprise involved in the sale and marketing of Zimbabwe’s minerals.

The latest apprehensions follow on the heels of the arrests of ex-finance minister Ignatius Chombo, former leader of the ZANU-PF Youth League Kudzanai Chipanga and his deputy Innocent Hamandishe.

They were first taken into police custody on the evening of Mnangagwa’s inauguration, with each facing separate charges of corruption and other criminal acts. However, after being granted bail, the trio re-appeared in court last week on charges of criminal nuisance for wearing ZANU-PF regalia inscribed with Mnangagwa’s “E.D” initials and the ruling party’s flag.

The three were expelled from ZANU-PF last month for their alleged involvement in the Generation-40 (G40) faction backing former First Lady Grace Mugabe to succeed her 93-year-old husband.

Mugabe was sacked as the party’s first secretary leading to his resignation as state president days later, following the launch of a military operation aimed at “targeting criminals” around the veteran leader and stopping the purges of key figures within ZANU-PF.

At the time, then-vice president Mnangagwa was fired and expelled from the party, but after temporarily fleeing into exile, he came to power through the army’s Operation Restore Legacy action.

Dumiso Dabengwa, leader of the opposition ZAPU party and a former minister of home affairs, said that while a crackdown on corrupt officials was justified, he believed that the arrests appeared to be politically motivated.

“The operation was not just targeted at criminals, as they call them, but it seems selective of who those people were; which faction they belonged to; and if they belong to the G40 faction, they certainly had to be disciplined by getting arrested and laying charges on them,” Dabengwa told Al Jazeera.

“If one group can be charged with fraudulent activity, then what about that one who remains there [in government] who did worse things than those arrested? The whole lot of them have got one corrupt thing or another to answer for,” he added.

Mavhinga said it was imperative for Mnangagwa to demonstrate a greater commitment to accountability and respect for the rule of law than his predecessor.

“The key challenge is for President Mnangagwa to walk the talk and demonstrate through comprehensive action, that his government has zero tolerance to corruption,” he added.

“To restore public confidence, Mnangagwa must show that the fight against corruption is genuine, and not a witch hunt of political opponents.”

Mnangagwa, who describes himself as a “military man”, has appointed a number of figures to his cabinet who have been linked to corruption cases or have faced graft allegations in the past.

Kembo Mohadi, the newly-appointed second vice president of ZANU-PF and current minister of defence, security and war veterans, has been implicated in the alleged invasion of at least two commercial farms, despite the government’s one-man-one-farm policy.

Retired Lieutenant General Sibusiso Moyo, currently the minister of foreign affairs and international relations, was accused in a 2002 UN panel experts report of having “covert financial interests” in the Democratic Republic of Congo while serving as director of a Zimbabwean company. 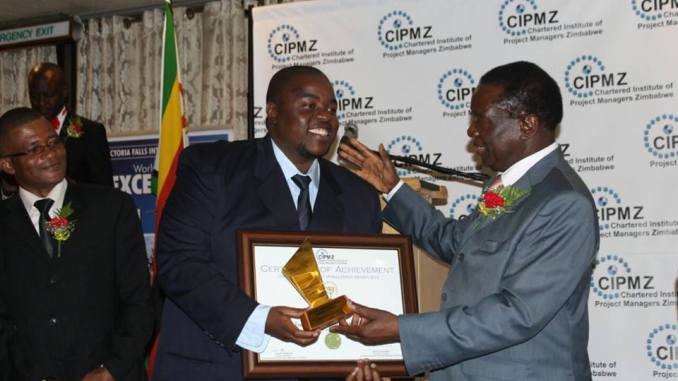 Moyo has denied any wrongdoing.

The government is yet to comment on the various allegations in the agriculture and mining industry levelled at some of Mnangagwa’s cabinet members.

Efforts to contact Chris Mutsvangwa, presidential adviser and leader of the influential war veterans’ association that called for mass marches against Mugabe, were unsuccessful.- Al Jazeera