A security incident report has shed new light on the chaotic events that unfolded as Zimbabwean first lady Grace Mugabe went on a rampage at a luxury hotel in Johannesburg.

Mugabe’s violent attack on guests and staff at the Capital 20 West in Sandton caused a diplomatic crisis – and outrage in South Africa – but she was granted diplomatic immunity and allowed to leave the country without being prosecuted.

TimesLIVE has seen an official report about the incident‚ compiled by Aragon Security‚ whose officers responded to the scene last Sunday.

It reveals the scale of the rampage‚ directed at her own sons‚ their friends and guests‚ how hotel staff‚ security‚ armed response‚ police and a security company task team were summoned to deal with the chaos.

The report also alleged that police who were summoned to the unfolding drama‚ instructed security officers not to touch the first lady or her entourage of bodyguards.

“The police officers provided no assistance whatsoever and failed to take the necessary statements at the time of the incident‚” said the report.

TimesLIVE has put the allegation to SAPS spokesman Brigadier Vish Naidoo and will publish his response in an updated story.

Mugabe‚ who arrived at the hotel with several bodyguards and a police escort around 9pm on Sunday night‚ was accused of assaulting 20-year-old Gabriella Engels and two of her friends.

The Sunday Times reported that a hotel employee was shoved out of the way by one of Mugabe’s sons during the fracas and subsequently suffered a miscarriage.

Photographs of the hotel rooms‚ accompanying the security report‚ show blood stains on bed linen‚ blood on floor tiles‚ a cupboard door ripped off its hinges‚ a broken chair‚ damaged room door‚ bottles‚ drinking glasses‚ bedding and a plate of what appeared to have been food on a table. 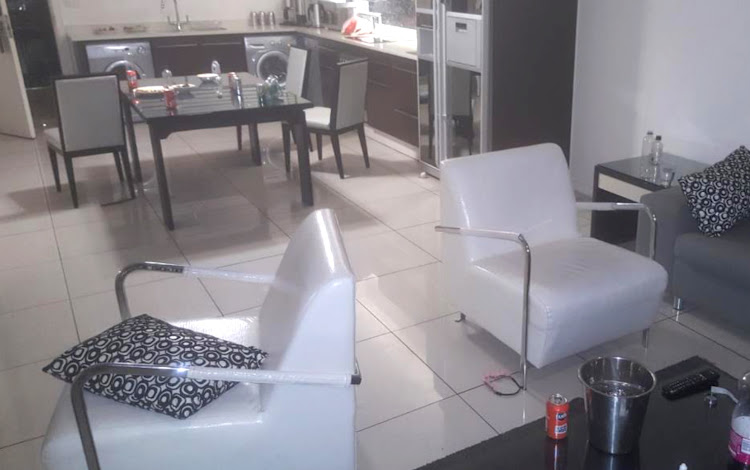 The room the Mugabe sons were staying in at the Capital 20 West in Sandton on 13 August 2017.
Image: Aragon Security 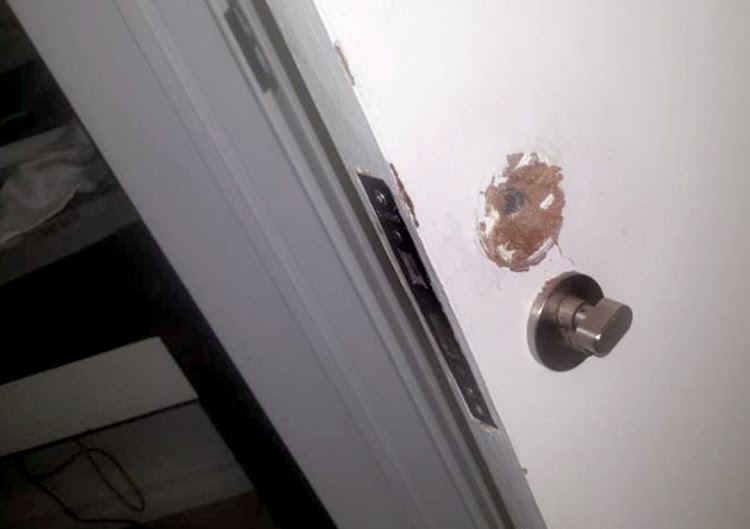 The damaged door in the room at the Capital 20 West in Sandton on 13 August 2017.
Image: Aragon Security

The report details how Mugabe arrived at the hotel after being contacted by the bodyguards of her two sons – Robert Jnr and Bellarmine Chatunga – informing her of their “disruptive behaviour”. The two were apparently in the company of four young women who were booked into another room.

However‚ shortly after the first lady arrived and a young woman was seen fleeing from one of the rooms after allegedly being assaulted‚ a female hotel staff member called security.

Grace was “acting in a disruptive manner” when the staffer‚ accompanied by security‚ was then also allegedly assaulted by Mugabe.

Police were contacted‚ the panic button was used to summon armed response and management of the security company were contacted for further assistance around 9:17pm.

The situation‚ however‚ had calmed down‚ and when police officers arrived they advised security officers not to touch the first lady or her bodyguards.

“The first lady instructed her body guards to find the friends who accompanied her sons and collect the belongings of both sons in rooms (redacted) ….”

The building was searched and “various items of clothing‚ cellphones and keys” were recovered by the bodyguards. 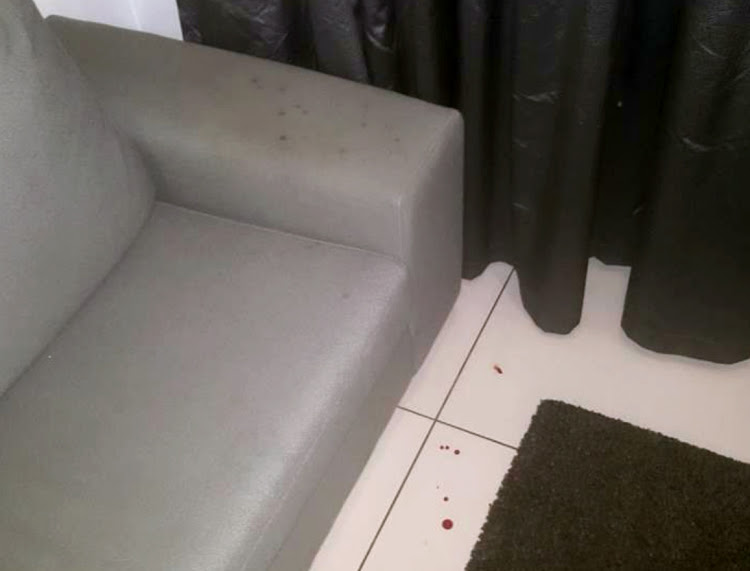 Blood droplets next to the chair in the room the Mugabe sons were staying in at the Capital 20 West in Sandton on 13 August 2017.
Image: Aragon Security 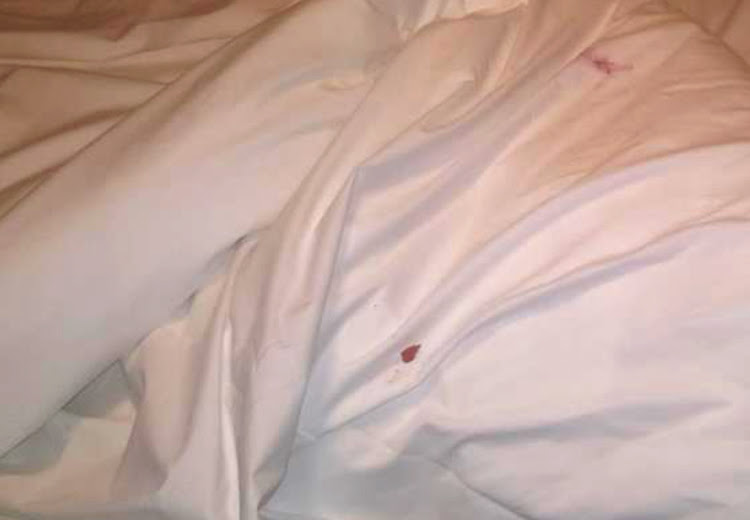 Blood spots on the linen in the room at the Capital 20 West in Sandton on 13 August 2017.
Image: Aragon Security

It took an hour to get Mugabe and her entourage “escorted off the premises by Aragon”.

Carrol Smith‚ director of Aragon security‚ said: “Unfortunately I have a non-disclosure agreement in place and I won’t be able to give you [the] full information.”

Smith referred any queries about the night’s incident and details contained in the incident report to the management of the Capital 20 West Hotel.

Garnet Basson‚ Chief Operating Officer of the Capital Hotel Group‚ said: “The Group’s primary commitment is to ensuring the wellbeing‚ safety and privacy of its employees‚ who have requested not to be drawn into this matter. We have‚ however‚ arranged for the employees involved to receive immediate and ongoing trauma counselling and have ensured that they have access to legal support.”

Further‚ he said he had seen the security report but would not be drawn into making any further comments about the incident as an internal investigation was under way. – TimesLive