Pop star Rihanna is known for her savage clap backs and witty responses when it comes to the press and social media, and while on the red carpet for an unidentified event recently, a reporter from Access asked the singer if she would be attending the royal festivities.

RiRi then questioned why she would be invited to the wedding, to which the reporter replied, “I don’t know. You met him.”

To which Rihanna responded, “Okay, you met me. You think you’re coming to my wedding?” 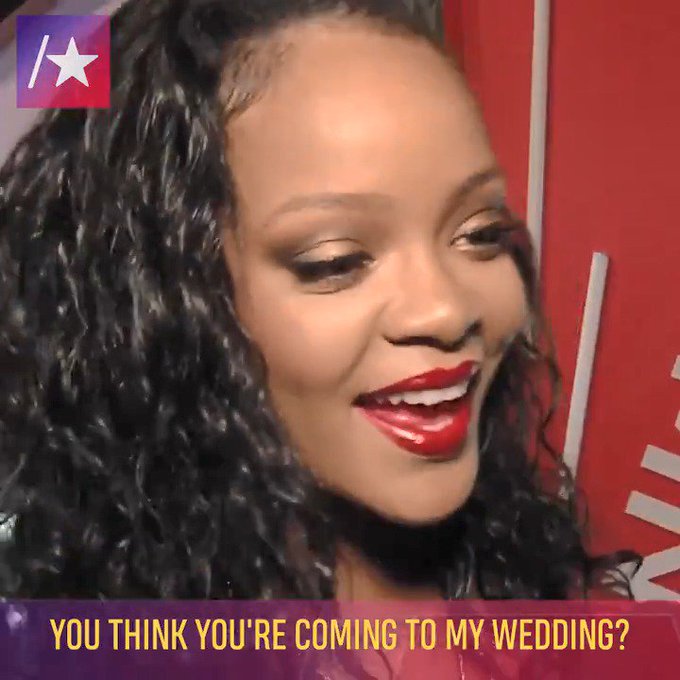 When you get roasted by @Rihanna

Riri is clearly not keeping up with the #royalwedding!

Rihanna’s clever response undoubtedly left the reporter red-faced and the interaction soon trended on social media, with fans singing praises for the star’s authenticity and “zero effs given” attitude.

Meanwhile, Rihanna did have some wedding gift ideas for the royal couple.

RiRi, who celebrated the release of her lingerie collection, Savage X Fenty, this week, revealed that she has an “extreme” wedding gift in mind for Prince Harry and Meghan.

Speaking to Entertainment Tonight, the ‘Work’ hitmaker shared her favourite lingerie picks for the royal couple.

“I think you have to go to the extreme when you’re gifting both for a man and a woman, because both people benefit from the gift,” explained Rihanna.

“We have a bridal vibe going on, we definitely do have a little skirt and top situation. But I mean, really, on your wedding night, you could do whatever you want. It depends on how savage you wanna be.”