Trevor Noah issued an “unofficial apology” following the backlash he received online after a video of him making fun of Aboriginal women surfaced online.

Responding to a Twitter user on Sunday, Noah wrote: “After visiting Australia’s Bunjilaka museum and learning about Aboriginal history first hand I vowed never to make a joke like that again. And I haven’t. I’ll make sure the clip from 2013 is not promoted in any way.”

British journalist Piers Morgan, who has previously gone tweet to tweet with Noah, is not going quietly into the night and has called for an official apology.

Taking to Twitter, in series of tweets, Piers compares Noah’s joke to Roseanne Barr’s racist tweets, which resulted in her TV show being cancelled. He also questioned Comedy Central about why Noah hasn’t been asked to apologise. 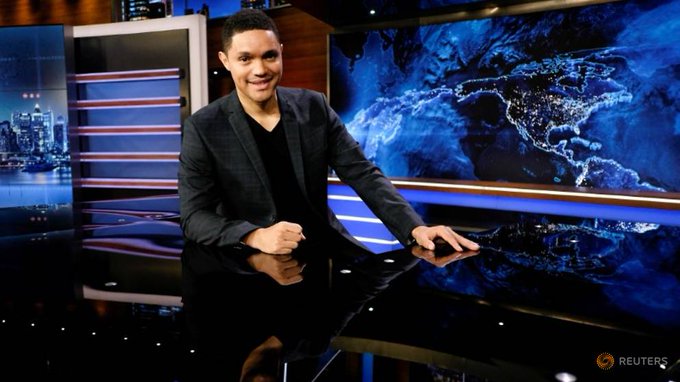 So @Trevornoah STILL hasn’t apologised for his racist & sexist mockery of Aboriginal women.
Quite extraordinary.
Why is @ComedyCentral not telling him to?

Piers’ rant got Noah’s fans up in arms, with many accusing him of not knowing what a joke is and seemingly have more than a bone to pick with Noah. See some their comments below.

So why did Roseanne Barr see her entire career go up in smoke for a dumb racist joke?
A ‘joke’ that Trevor Noah savagely condemned?

John Smith@Lifeisourjoke
Replying to @piersmorgan and 2 others

Roseanne was fired for spewing a grotesque racist insult about a black woman.
Trevor Noah, who led the outcry over Roseanne, did the exact same thing to Aboriginal women & hasn’t even apologised.

She wasn’t fired for a racist joke she was fired for being genuinely racist. Did you not read any of her tweets? Your false equivalency is strong. An edgy joke during a comedy routine is hardly the same as spouting off racist conspiracy nonsense on Twitter.

Nate@ZiddlyBo
Replying to @piersmorgan and 2 others

However much you want him to apologise, Piers, don’t you agree that the fact that you’re tweeting about it literally every couple of hours makes this seem more of a personal tirade?

So @Trevornoah STILL hasn’t apologised for his racist & sexist mockery of Aboriginal women.
Quite extraordinary.
Why is @ComedyCentral not telling him to? pic.twitter.com/qnzMz1MjHk

Ffs, sounding like a trumpeter on the very peak of the moral high ground. Or a whiney year 4 boy that’s been told off in class.

So @Trevornoah STILL hasn’t apologised for his racist & sexist mockery of Aboriginal women.
Quite extraordinary.
Why is @ComedyCentral not telling him to? pic.twitter.com/qnzMz1MjHk

Get off it already! If you are going to lambast people because of insensitive tweets or jokes in their past – why dont you start with your pals donald trump and ricky gervais?? I like you but when picking a fight just for the sake of picking a fight is – choose a current topic!

አሽቃሩ@Ash_qe
Replying to @piersmorgan and 2 others

Looks like you having a personal beef with Trevor 🙂

Rosemary Amondi@AmondiRM
· 13h
Replying to @piersmorgan and 2 others

Here for the @Trevornoah come-backs on this petty, obsessive twad

He shouldn’t provide any comebacks on this petty, obsessive twad. He should just ignore him. Piers is only hounding him because someone he doesn’t like has clearly done something bad and he is lapping it up.

Noah and Morgan have previously been at loggerheads after the “Daily Show” host critiqued Morgan’s interview with US President Donald Trump in January. Noah accused Morgan of throwing his journalist handbook out the window when it comes to dealing with Trump — he also called him an “an unf#ckable Colin Firth”.

Morgan responded by calling Noah “not as funny as Jon Stewart”.