Taylor Swift sent a touching letter and some “Lover” merchandise to a major fan and nurse working on the frontline during the pandemic.

The 30-year-old pop star surprised mega-fan Whitney Hilton by posting her a touching note and gifts on her 30th birthday to thank her and let her know how “grateful” she is for her heroic efforts during the health crisis.

Whitney returned home to Utah after helping out at Northwell Health’s Long Island Jewish Medical Center in New York to find a surprise package from the ‘Shake It Off’ hitmaker.

In the letter, which was enclosed in a frame, Taylor wrote: “I wanted to send you some presents and to let you know I am so grateful for you.

“I can’t thank you enough for risking your life to help people and for spreading the message loudly that people need to hear about taking this seriously.”

| Taylor Swift has sent @TaNnEytWiT a personalized letter and merch to thank her for going to NYC to help on the frontlines as a nurse + to celebrate her 30th birthday!

“I am so grateful for you. I can’t thank you enough for risking your life to help people…” 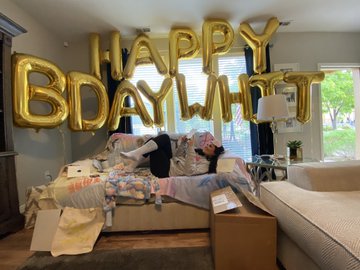 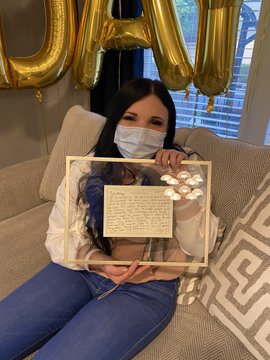 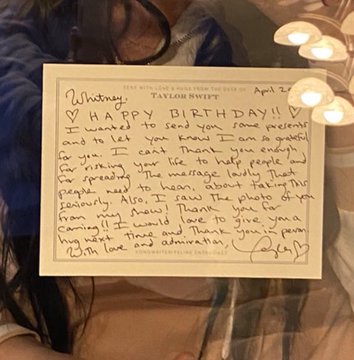 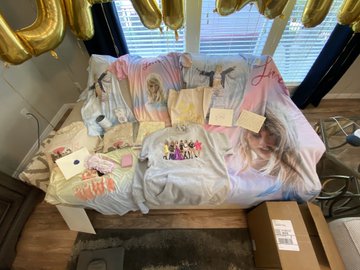 The Grammy-winner then revealed she is planning to “thank” Whitney in person and shared how she got in touch with her after seeing a picture of the nurse at one of her concerts.

She added: “Also, I saw the photo of you from my show! Thank you for coming! I would love to give you a hug next time and thank you in person. With love and admiration, Taylor.”

Whitney has shared snaps of the letter and her presents, including merchandise, on Twitter and captioned the post: “This was quite literally the BEST DAY OF MY LIFE.”

Taylor has been donating to fans suffering financial hardship during the health crisis and previously said she was keen to do even more to help, as she’s “constantly in awe” of the work done by medical professionals and healthcare workers.

She said: “Obviously we have a lot of time on our hands right now, with people being out of school, out of work. I’ve been doing a lot of cooking, a lot of reading, a lot of watching films that I’ve never seen before.

“But mostly I’ve been online trying to figure out how to help others and just constantly in awe of our first responders, emergency workers and our healthcare professionals that are putting themselves in danger every single day.”