JOHANNESBURG (Reuters) – South African jazz artist Musa Manzini has played his music all over the world, but one performance stands out – strumming his guitar while surgeons operated on his brain.

A video of the multi-instrumentalist and university lecturer taken during the six-hour surgery for a brain tumour, shows him lying on his back in the operating theatre, surrounded by scrubbed-up medical staff, plucking the strings of his guitar.

This allowed doctors in the South African city of Durban to observe which areas of his brain Manzini used to play music, allowing them to preserve those areas and also restore some movement to his fingers, which were affected by the tumour.

“I felt very awkward and uncomfortable,” Manzini told Reuters a week after the operation. “Being in between general anaesthesia and awake and hearing the sounds of a blow torch inside your brain…it’s very difficult to concentrate.” 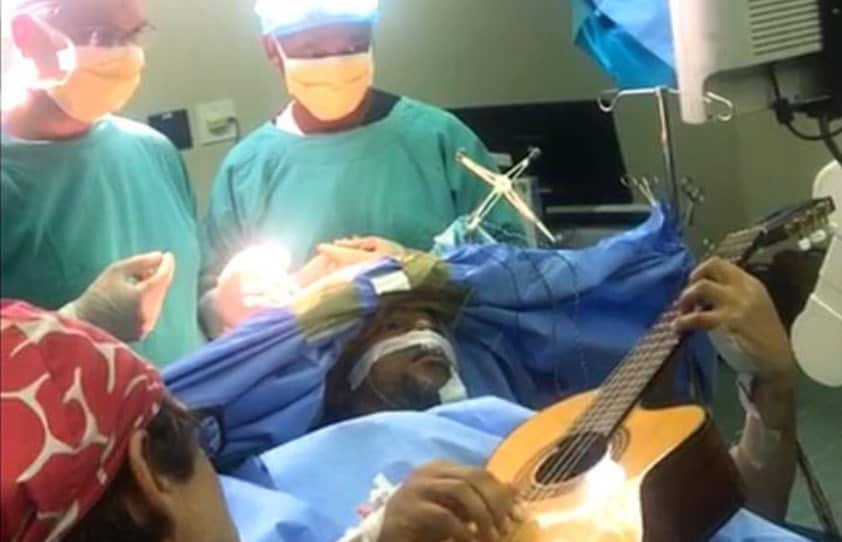 Doctors opted to keep Manzini awake in order to assess which areas of his brain were functioning as the surgery went on, helping to reduce the risk of neurological damage.

“It was a success in that the biggest risk was paralysis. I’m not paralysed, and I still have control of my limbs and thus in good spirits and recovering nicely,” he said.

Once fully recovered, Manzini intends to take to the stage again, he said.