Kanye West’s new album “Jesus is King” looks set to be released next month, if a tweet from his wife Kim Kardashian West is anything to go by.

The 38-year-old reality star-turned-aspiring lawyer took to Twitter to share a picture of a piece of paper which looked like details of the rapper’s new record, which is expected to be titled “Jesus is King”.

The name appears at the top of the paper followed by 12 entries, including “Water”, which is a song Kanye debut at his Coachella Sunday Service in April.

Underneath that, there is a date, September 27, which fans have speculated could well be the day the 42-year-old star drops his ninth studio album.

Kim also captioned the post with a prayer emoji.

Kanye West is dropping a new album on September 27th 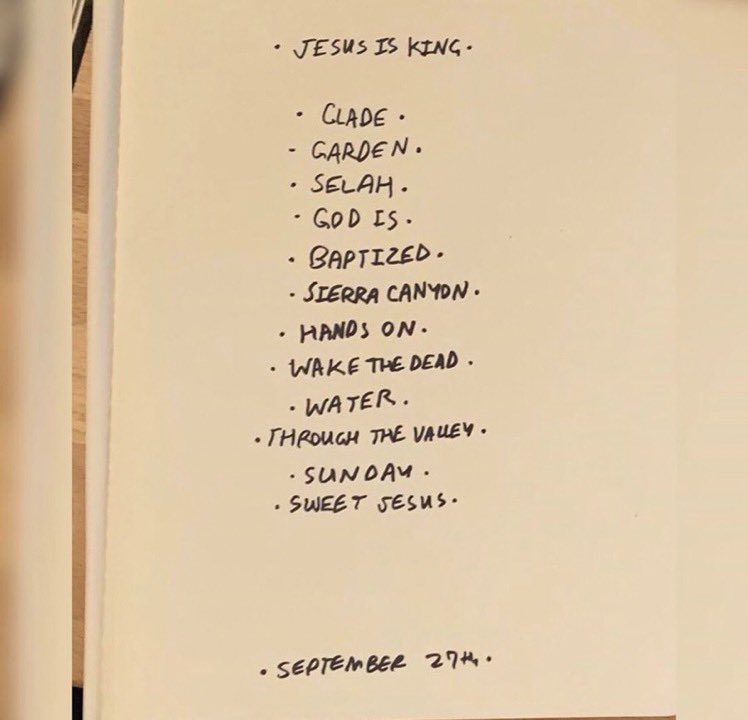 3,895 people are talking about this

Kanye last dropped an album in June 2018 when he released eighth record “Ye”.

Just three months later, he revealed his next album would be called “Yandhi” but the release was then postponed indefinitely.

In March this year, Kanye was said to have been eyeing up a collaboration with Dua Lipa for his new record.

An insider said at the time: “Kanye is super impressed with Dua’s voice and he knows she’s really hot property in the industry right now.

“He met her at the church service he holds in LA every Sunday and is now keen to get her on board.

“She’s already teamed up with Calvin Harris and he saw how well that song did commercially.

“He’s got a few songs he thinks Dua would be perfect for and is really eager to get her on his next album “Yandhi”.