Nairobi – Hundreds of poor children are missing out on state education in Kenya due to a lack of identification documents, rendering them officially stateless, even though they were born in the country and their communities have been there for generations.

Angelin Ruramayi Mutenda however, worked against all odds to ensure her daughter, Nosizi Reuben Dube, got the education she herself missed out on.

Nosizi, 20, is now the first young woman from her stateless Shona community in Kenya to be admitted to university where she is studying economics, the United Nations Commission for Human Rights says in video handouts and a statement to Reuters Television.

An estimated 18 500 stateless people live in Kenya. The Shona community, who originate from the former Rhodesia, now Zimbabwe, and who moved to Kenya in the 1960s, comprise about 3 500 individuals. They are the second largest group of stateless persons in Kenya, the UNHCR says.

Arriving with Rhodesian passports they were registered as British subjects. Most were unaware that they then had a two-year window to get Kenyan citizenship after the East African country gained independence from Britain in 1963, a UNHCR spokeswoman in Nairobi told Reuters. 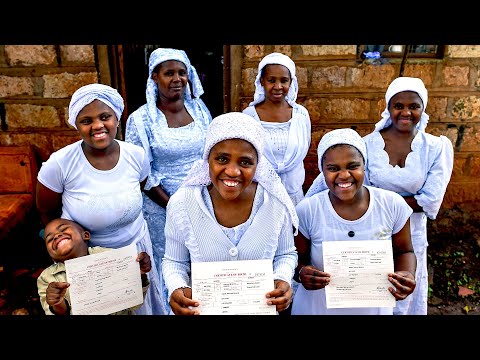 Their children and grandchildren have been unable to acquire Kenyan citizenship because they cannot prove their parents’ identities.

The University of Nairobi waived its requirement for a national ID for Nosizi.

“Even if in our culture girls aren’t always taken to school, I resolved that Nosizi must get an education,” Mutenda says in the video.

She and other women in the community survive by weaving baskets for sale, and Nosizi said her mother had to work extra hard to raise the money to send her to school. “I wanted to break the norm. I have shown other young girls that it is possible,” says Nosizi. “You have to be bold and courageous so that you can achieve what you want in life.”

Most Shona girls drop out of school after primary school and only a few proceed to high school.

“We are very proud of her. We want to be just like her. None of us want to be left behind,” Nosizi’s young sister, Tema, said.

There’s some progress. In 2019, the Kenyan government issued Shona children with birth certificates, a vital step towards ending statelessness.