HARARE (Bloomberg) — At the heart of Zimbabwe’s economic paralysis is a personality clash.

Finance Minister Mthuli Ncube and Reserve Bank of Zimbabwe Governor John Mangudya don’t get on, are pursuing different agendas and at times issue directives without informing each other, two people with direct knowledge of the situation said.

The result: policies that are quickly reversed, confusing contradictions in public statements, an economy that’s forecast by the government to contract 6.5% this year and an annual inflation rate that reached 440% in October.

While Ncube, a Cambridge-trained economist, is often accused of being overly optimistic, his push to cut spending and bring order to chaotic government finances has been lauded. By comparison, Mangudya, an appointee of former President Robert Mugabe, is seen as a governor who puts political considerations ahead of rational economic decisions.

The governor has bristled at the minister taking decisions he feels are within the central bank’s domain since a fallout earlier this year, the people said.

The Zimbabwe Independent on Feb. 15 reported on an alleged row between the two men over how to handle the nation’s monetary policy, citing people it didn’t identify. The Harare-based newspaper said Mangudya threw paper files at Ncube before he walked out of a meeting. It later retracted the report, saying it was based on “wrong and unverified information.”

There’ve been other points of discord.

On Nov. 29, the Treasury surprised the central bank by issuing an instruction that exporters must pay their bills to the state power utility in foreign currency, one of the people said. On one occasion, the Treasury told the bank it was issuing a directive and not seeking an opinion, the person said.

Earlier unilateral measures include the Treasury’s abolition in June of the decade-old multi-currency system that allowed the use of the greenback and the South African rand within the country, a decision the central bank then had to implement, the person said. On Sept. 30, the Treasury directed the bank to issue a ban on dominant mobile-money service Ecocash paying out cash, a move that would have brought the economy to a halt as almost all transactions are done through the mobile platform.

In at least one instance, Mangudya has pushed back. A Treasury proposal in September to give tourists coupons for their foreign exchange, to starve the black market of supply, was thwarted by the central bank, the person said.

Mangudya is wary of political backlash to monetary-policy decisions, one of the people said.

In September, a parliamentary committee was told that the central bank sold Treasury bills worth $971 million to pay government debt without the necessary approvals by lawmakers. That boosted money supply and weakened the local currency. 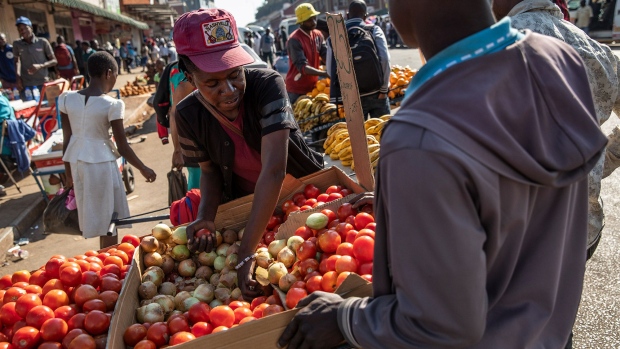 The central bank head also convinced President Emmerson Mnangagwa to restore corn and rice subsidies on Nov. 28, two weeks after Ncube had announced in his 2020 budget that they would be scrapped, one of the people said.

While economically crippling, the subsidies are politically prudent in a nation where the United Nations World Food Programme expects half the population to face hunger early next year. The Treasury has yet to pay out the subsidies and prices for the staples have subsequently risen.

For Ncube, Mangudya is an impediment to the task he feels he was given by Mnangagwa when he was appointed in September last year and told to right the economy, one of the people said. The way the central bank handles policy has troubled analysts.

“The blame for the collapse of Zimbabwe’s economy may be squarely placed on the mismanaged reintroduction by the central bank of a local currency after 10 years of dollarization,” said Robert Besseling, a director at EXX Africa, a South African business-risk advisory firm. “The mismanaged currency regime is being accompanied by interventionist measures that have effectively shut down business and trade in the country.”

Ncube’s focus on austerity and orthodox economics has been seen by Mangudya as unwise in a country with Zimbabwe’s unstable politics, the other person said.

“Ncube seems out of his depth in the current cash-shortage crisis,” said Besseling. “He lacks the political clout to implement real structural change in the distressed economy.”

Mangudya didn’t respond to calls made to his mobile phone seeking comment. The Treasury didn’t immediately respond to a request for comment.

For now, the economy is in dire straits. There isn’t enough money to pay for adequate fuel and food imports, and the currency is trading at 16.54 to the greenback after a 1:1 peg was removed in February.

Monetary policy is erratic. Last month, the central bank halved the benchmark interest rate to 35%. In September, it had been raised by 20 percentage points to 70%.