TOKYO/SYDNEY (Reuters) – Asian stocks were cautiously higher on Friday ahead of the U.S. earnings season and as investors pondered the implications of geopolitical tensions in the Middle East and the prospect of a global trade war.

Spreadbetters pointed to a largely muted start for Europe, with FTSE futures a shade higher FFIc1 and DAX futures FDXc1 up 0.2 percent. E-Mini futures for the S&P500 ESc1 were unchanged as were Dow futures 1YMc1.

While the figures pointed to robust demand from the world’s top consumer of crude, copper and iron ore, they left the country with a rare trade deficit of $4.98 billion for the month, the first since last February.

MSCI’s broadest index of Asia-Pacific shares outside Japan .MIAPJ0000PUS was up a slim 0.1 percent, having risen as much as 0.5 percent in morning trading.

It is still up about 2 percent on the week.

Analysts expect quarterly profit for S&P 500 companies to rise 18.4 percent from a year ago, in what would be the biggest gain in seven years, according to Thomson Reuters.

“The worry-list for investors remains long with another military strike on Syria after yet another chemical attack looming large and the Mueller inquiry getting even closer to Trump,” said Shane Oliver, Sydney-based chief economist at AMP Capital.

Markets heaved a sigh of relief over suggestions from Trump that a military strike on Syria may not be imminent. However, the threat of a strike remained after Washington’s earlier warnings against the Syrian government for what is said was a suspected poison gas attack on its civilians.

In the most recent change of tack, Trump Thursday asked his advisers to look at re-joining the Trans Pacific Partnership, a multinational trade pact he withdrew the United States from early last year. 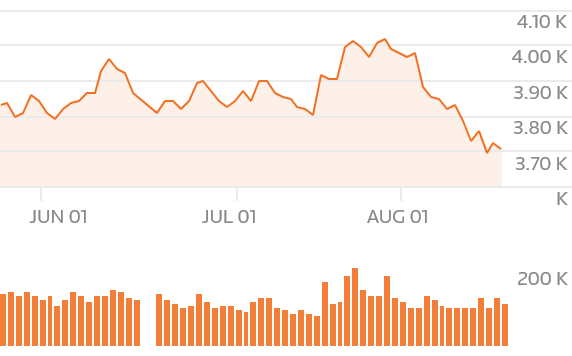 But he later tweeted that the United States would only join the TPP if the deal were substantially better than the one offered to former President Barack Obama.

“Markets have been pushed around by Trump,” said Hiroshi Watanabe, economist at Sony Financial Holdings.

“His modus operandi seems to do anything that seems to be good for his re-election. If protectionism doesn’t work, he may switch to international trade,” he added.

“Markets are still not yet convinced yet if the U.S. is really re-joining the TPP. But if it does, it’s very positive for the global economy and stock markets will like it.”