HARARE — The latest price hike announced by energy regulators on Saturday is the second this week and comes 48 hours after Zimbabwe Finance Minister Mthuli Ncube increased the excise duty on fuel by 45%.

Ncube said fuel prices were too low in the southern African nation and needed to match the exchange rate between the local currency and the US dollar. On the official interbank market the rate is 9.28 per US dollar.

The hike in diesel, the most used fuel by companies and businesses which rely on it to operate generators, comes as power cuts lasting as much as 18-hours daily persist and is certain to put a further strain on business operations.

Econet Ltd, the largest mobile phone carrier in the country, said in a July 28th statement it needed 2 million liters of diesel monthly to run its 1,300 base stations, but fuel shortages meant it only had a quarter of its requirements met.

Please be advised that the new fuel prices effective Saturday, 03 August 2019 are as follows:

The changes in the fuel prices are due to the FOB price movements and the revised duty regime (SI 161 of 2019).

Operators may, however, sell at prices below the cap depending on their trading advantages. 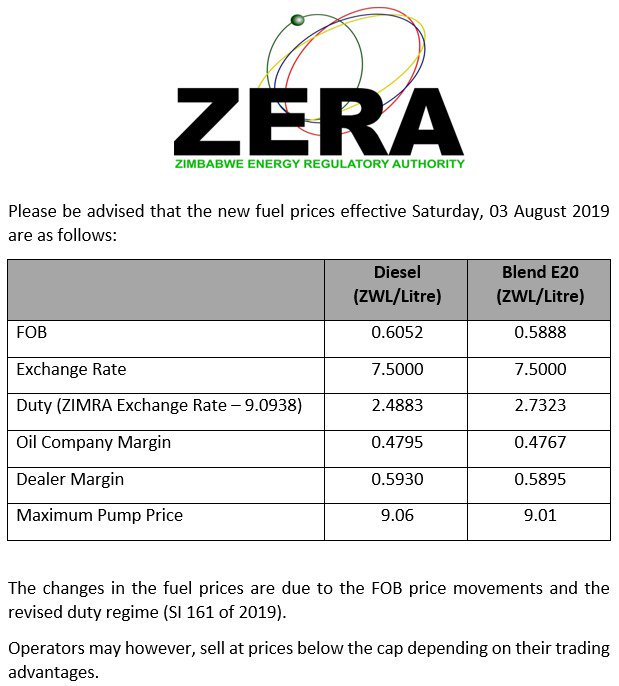