This is no buttoned-up political tome. That’s the message we get from the cover of former first lady Michelle Obama’s upcoming memoir, “Becoming.” Obama shared the book cover via social media on Thursday, and the image is distinctly not stuffy.

Obama appears in an off-the-shoulder white T-shirt, her hair loose and wavy. Simultaneously casual and glamorous, it’s a look that would be at home at a brunch with girlfriends or even a day of running errands (albeit on the kind of so-good-hair day that makes you hope you run into your ex).

“As I prepare to share BECOMING this fall, I hope you’ll also think about your own story, and trust that it will help you become whoever you aspire to be,” the former FLOTUS wrote on Twitter. “Your story is what you have, what you will always have. It is something to own. #BECOMING” 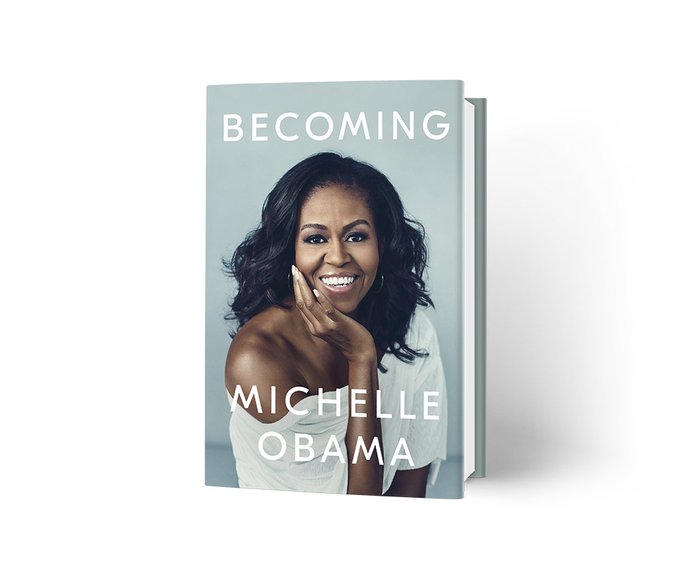 As I prepare to share BECOMING this fall, I hope you’ll also think about your own story, and trust that it will help you become whoever you aspire to be. Your story is what you have, what you will always have. It is something to own. #BECOMING

The photo was shot earlier this year by Miller Mobley, a celebrity portrait photographer who has captured the images of A-listers from George Clooney to Lupita Nyong’o, according to a release by Penguin Random House. It’s not the first time Michelle Obama has sat for his camera: Mobley shot the president and first lady for the cover of Parade magazine in 2014.

But can you judge this work by its cover? The publisher offers this tease, for the book, due out Nov. 13: “With unerring honesty and lively wit, she describes her triumphs and her disappointments, both public and private, telling her full story as she has lived it – in her own words and on her own terms.”