NEW YORK (Reuters) – A key gauge of world stock markets slipped on Wednesday after a strong advocate of free trade resigned from the White House, fanning fears that U.S. President Donald Trump will proceed with protectionist tariffs and risk a global trade war.

But the U.S. dollar recovered most of its overnight losses as some investors wagered that even with the departure of Trump’s chief economic adviser Gary Cohn, the president’s hard talk could be a tactic amid ongoing trade negotiations with Canada and Mexico.

Cohn’s resignation became public on Tuesday, but he and Trump had been discussing his possible departure for weeks, a White House official said.

“In the eyes of the market, (Cohn) was viewed as the adult in the room on many items,” said Gene Tannuzzo, senior portfolio manager at Columbia Threadneedle Investments in Minneapolis.

“This should create a greater risk premium in the currency markets for countries that depend heavily on the U.S. for trade,” he said, noting the morning declines in the Mexican and Canadian currencies.

Those two recovered early losses, with the Mexican peso turning higher against the dollar after the White House said the steel and aluminium tariffs could exclude both U.S. neighbours.

However, the overall outlook for the U.S. currency was not upbeat. Goldman Sachs analysts said in a Wednesday note that tariffs similar to those proposed by Trump have usually been associated with subsequent currency weakness.

“We therefore see the latest news as an additional reason to remain cautious on the outlook for the broad dollar,” according to Goldman’s note.

The dollar index .DXY, which tracks the greenback against a basket of other major currencies, fell 0.02 percent, with the euro EUR= up 0.06 percent to $1.241.

Steel sector stocks .SPCOMSTEEL rose sharply on Wall Street, but not enough to keep the major U.S. indexes afloat on lingering concern that a protracted trade war would weaken the U.S. and global economies.

Losses on the S&P 500 were as deep as 1 percent at one point, but have ebbed and flowed as traders look for clues on the future of trade policy in the day’s headlines.

Equities got a bid after White House trade adviser Peter Navarro, who favours strong tariffs, said in a Bloomberg interview he was not a candidate to replace Cohn.

“The market sees him (Navarro) as a very protectionist type. If he’s not in the running, the market seems to like that,” said Joe Saluzzi, co-manager of trading at Themis Trading in Chatham, New Jersey.

“Indeed, here is a president who judges his success by using the stock market as an important barometer for that. So if the market votes an overwhelming vote of no confidence on these tariffs, is there a chance that things change next week?”

“I suspect that it’s still a fluid situation,” Ware said.

European car makers .SXAP ended up 0.6 percent after dropping more than 1 percent on the risk of a hike in tariffs on exports to the United States. 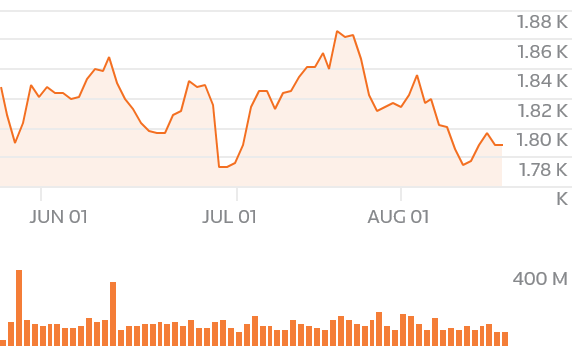